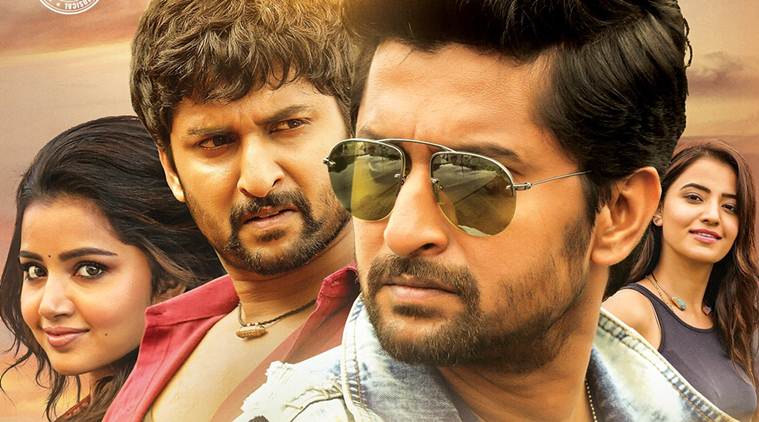 Hiphop Tamizha’s chartbuster song ‘Dhaari choodu’ lingers long after we’ve seen it on screen. The ‘mass’ song unfolds in a rustic milieu (art direction by Sahi Suresh), is aptly choreographed, performed to the hilt by Nani and co, and captured ably by cinematographer Karthik Ghattamaneni. This song and some of the Chittoor segments remain the highlights of this bloated action entertainer.


For writer-director Merlapaka Gandhi, Krishnarjuna Yuddham is a larger canvas than his previous films and comes with the prospect of cashing in on the unbridled success of its lead actor, Nani. Perhaps driven by the confidence of having on board a star who can be classy or massy, in a double role, this film chews more than it can handle.


Krishna and Arjun are in stark contrast. There are no surprises with the characterisation of Krishna (Nani). It’s familiar turf both for the actor and the director and they get the tone right. Krishna tries, desperately, to win over any young woman only to be rejected. His phone doesn’t have a single phone number of a woman and he feels so lost that he calls customer care to chat with women at the other end, only to be slammed!

At the other end is rockstar playboy Arjun (Nani) living the high life in Prague. His phone has numbers of 221 women. The rockstar’s characterisation is laughable. The more Arjun talks, the more unintentional laughs it gives rise to. At one point, Subbulakshmi (Anupama Parameswaran), who seems to be the only intelligent woman Arjun has ever come across, snubs him and his inane pick up lines.

The opening song sequence that introduces this rockstar is loud and uninspiring. Until Arjun chops his long locks and lets go of his head gear, he looks like he’s play-acting the rockstar part than actually looking like one. It doesn’t help that the writing is mundane — why does Arjun drop Sigmund Freud’s name so often? It’s one thing to have punch lines for the Chittoor gang and another to do that with a supposedly suave rockstar. Doesn’t augur well.

At the heart of this film is a potentially spine-chilling story of a trafficking gang. Before the narrative gets to that, it moves between Chittoor and Prague to trace the romantic journeys of Krishna and Arjun. Krishna and Riya’s (Rukshar) portions develop seamlessly while Arjun struggles. The scene that shows Arjun’s transformation after he meets Subbulakshmi feels like another silly joke. For lack of imagination, we have Subbulakshmi working for a magazine called Hidden Planet! 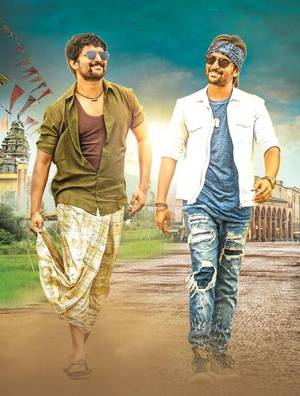 Anupama and Rukshar are refreshing in their limited parts and Nani pulls off the Krishna role with ease. There are some funny asides like a village guy making a mess of English on name boards, and Krishna hearing apt Ilayaraja melodies from time to time.

But, on the whole, Krishnarjuna Yuddham doesn’t get its rhythm right. There was a time, not long ago, when Nani’s name was associated with films that stood out from the clutter. This one had the potential to be a fusion of global and local music, the way Arjun wanted it to be, but ends up a mess.