Home » Sports » Trending » The Morning After: Will the Avalanche ever beat the Predators?

The Morning After: Will the Avalanche ever beat the Predators? 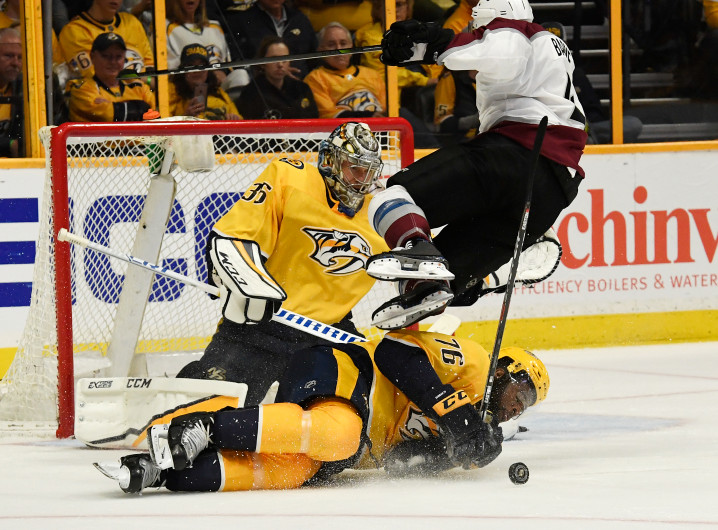 NASHVILLE, Tenn. — Same old story here with the Avalanche, which scored on its first shot for the second straight game but went on to lose for the 12th consecutive time to the Nashville Predators. Colorado trails 2-0  in this seven-game playoff series heading into Game 3 on Monday in Denver.

Mattias Ekholm. Nashville defenseman had two assists and was plus-3 in 21:11.
Nathan MacKinnon. Had a goal, an assist and a team-high six shots in 24:58 for the Avalanche.
Austin Watson. Preds forward capitalized on an errant Avs line change to make it 4-2 early in the third period.
WHAT YOU MIGHT HAVE MISSED

Tyson Barrie was bloodied by a puck to the face in the first period. He missed a couple shifts before returning and finishing with 22:10 in ice time, second among Avs defensemen.