A giant gorilla and a winged wolf: Does ‘Rampage’ get the science of CRISPR right?

The Rock and the genome-editing technology meet in a new movie, “Rampage,” coming out Friday. Through a freak accident, a gorilla, a wolf, and a crocodile ingest some CRISPR complexes. The animals — whose genomes become edited to make them stronger, bigger, faster, and more aggressive — soon wreak havoc on the city of Chicago.


It’s packed with action, gratuitous destruction, and an anti-poaching message, along with at least a dozen references to CRISPR, some of which are even accurate, say STAT reporters (and amateur movie critics) Megan Thielking and Andrew Joseph, who saw an advanced screening this week. Here are their thoughts — both scientific and cinematic — on the film. This conversation contains spoilers.
MEGAN: So that was incredible.
ANDREW: This movie has everything: rich biotech baddies with clothes as fancy as their skyscraper headquarters; meditations on how mankind is just as primitive as the animal kingdom (and how we’re actually a horrible and much worse species); and a gigantic wolf with a taste for helicopters. But before we dive into the movie, let’s give a bit of background. Megan, in addition to being a serious science journalist, you’re a big Dwayne “The Rock” Johnson fan. How did we end up at this advanced screening?
MEGAN: I have been working up a STAT pitch on this movie for months. This movie features both science (my beat) and The Rock looking contemplatively out over a cornfield (my aesthetic). My original idea was to review the movie with an expert in genome-editing. I actually invited four CRISPR experts, all of whom were “busy.” Dejected, I then invited Drew.
ANDREW: Fifth choice, I’ll take it.
MEGAN: So the movie opens with a title screen that reads: “In 1993, a breakthrough new technology, known as CRISPR, gave scientists a path to treat incurable diseases through genetic editing. In 2016, due to its potential for misuse, the U.S. Intelligence Community designated genetic editing a ‘Weapon of Mass Destruction and Proliferation.’”
It was a huge relief to see CRISPR mentioned right from the get-go, because I really sold this story to our editors. It also made me feel better about expensing Sour Patch Kids and Raisinets. 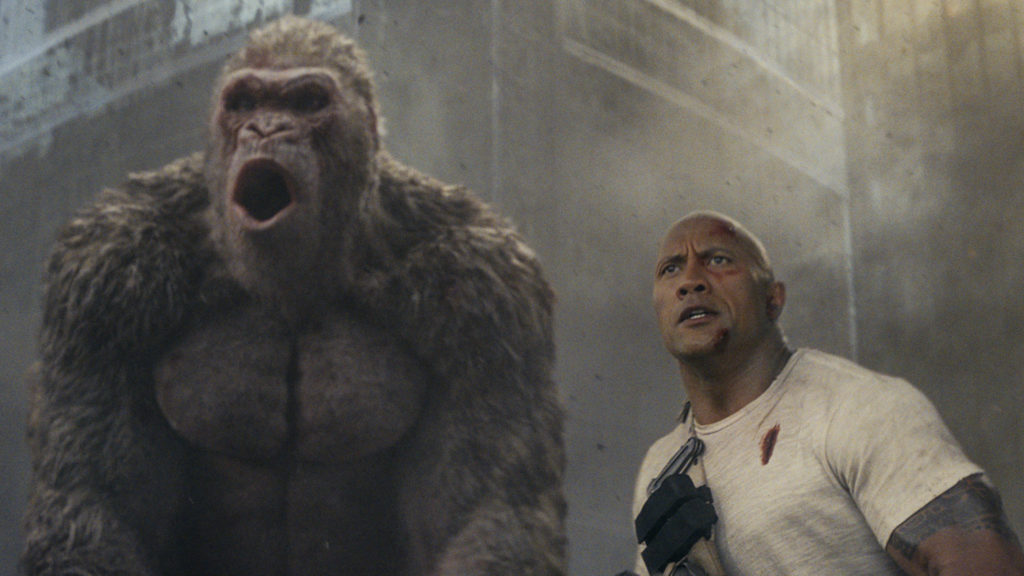 ANDREW: To get technical for a second, the title screen is sort of accurate. Yes, James Clapper, then the director of national intelligence, did list genome-editing as a threat in 2016. But when I saw the 1993 line, I kind of chuckled to myself. At first, I thought, sorry, Jennifer Doudna and Feng Zhang, apparently The Rock beat you by like 20 years, your patent claims are worthless. But then I thought more about it and realized what they were referring to. This history of modern CRISPR discovery does, by some accounts, date back to 1993, even though the term CRISPR wasn’t used for another decade or so. And the title page suggests that scientists were using the system to edit genomes 25 years ago, which we know was not the case — that’s a much more recent feat. Anyway, I’ll get off my soapbox now.
Megan, to my surprise, the movie started in space. What’s up with that?
MEGAN: I was not surprised whatsoever that this movie started in space. But, essentially, an evil company is testing CRISPR in space on a lab rat. Only the rat becomes a gigantic rat, the space shuttle explodes, and three CRISPR vials fall to earth. Enter Dwayne Johnson and his best friend, George, the albino gorilla he rescued from poachers and who he communicates with using sign language.
George and two other animals — a wolf and a crocodile — are “infected” with CRISPR. It makes them grow to gigantic proportions and become very aggressive. And in the wolf’s case, it also grew bat wings. But that’s not exactly how CRISPR works.
ANDREW: I knew this movie was going to be good when one of the astronauts who is trying to escape the shuttle is frantically radioing back to earth. Someone over the radio chimes in that “the test subject is a rat,” and the astronaut replies, “Not anymore.”
And, yes, that’s not exactly how CRISPR works, but it’s not completely off base either! The idea is that the biotech company “weaponized” CRISPR research and introduced the genes of a bunch of other animals into our three monster-animals to give them traits such as those bat wings, or the spikes of some other animal, or the strength or regenerative abilities of certain kinds of bugs. This is all explained very quickly in some exposition by our disgraced yet heroic geneticist played by Naomie Harris (whom I last saw in “Moonlight,” and here’s hoping that, like that movie, “Rampage” scores a surprise best picture win at the Oscars). “I’m talking about extremely specific results,” says Naomie, who, in my mind, I am on a first-name basis with.
One question I have is whether these animal features are polygenic as opposed to tied to one gene. That would make it a lot harder to introduce them into another species. But scientists have CRISPR’d beagles to make them super jacked, so it’s not insane that CRISPR could be used to change the features of an animal. Whether it could be used to double the size of a gorilla overnight, well, that might be a different story. And for the beagles, the CRISPR’ing happened when the dogs were embryos, not fully grown.
The CRISPR’d animals of “Rampage” also become super aggressive, and behavior might be harder to change through editing. Maybe they just ramped up testosterone production somehow? I don’t know, Naomie didn’t explain that part.
You raised a good point as we left the movie, Megan. Where are the regulators? 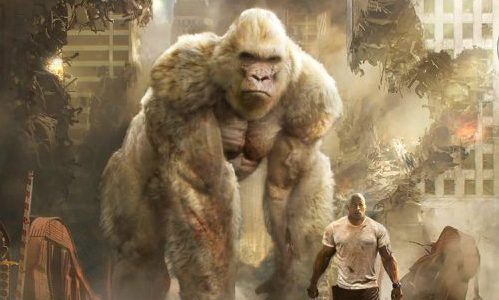