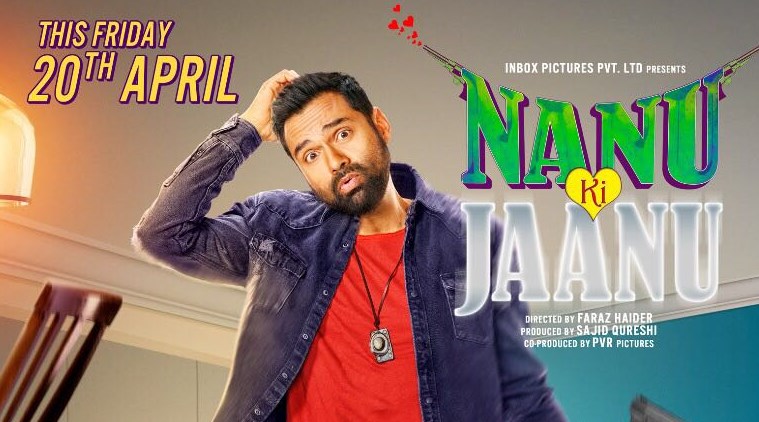 Abhay Deol drives a big nail into the coffin that his career is beginning to resemble with the comedy Nanu Ki Jaanu. Deol’s low-fi charisma and acting talent have left the screen for unknown pastures, and he occasionally surfaces when it suits him (Happy Bhag Jayegi in 2016, for instance).


What could have persuaded him to sign up for Faraz Haider’s Nanu Ki Jaanu? The fact that it is a remake of Myshkin’s critically appreciated Tamil movie Pisaasu (2014)? The prospect of being in nearly every sequence? The reunion with Manu Rishi Chadha, who wrote the dialogue for Deol’s best movie, Oye Lucky! Lucky Oye! (2008)? The pay cheque was hopefully worth the effort.
Deol’s Nanu leads a gang of criminals who occupy apartments in Noida under the pretext of renting them. On the way to one such assignment, Nanu sees a woman lying at the edge of the road, bleeding to death. Despite his best efforts, Nanu is unable to save Siddhi (Patralekha). Leaving her body with her grieving father (Rajesh Sharma), Nanu returns to work, but his heart is not in it any more. He has developed previously unknown feelings towards his victims. Why are you behaving like a woman, his partner (Manu Rishi Chadha) tells him.
Meanwhile, Siddhi’s ghost sets up residence in Nanu’s apartment – in the chimney, to be precise. A ghostbuster proves to be useless. A few fake scares ensue before Nanu realises that Siddhi is hanging around in order to identify the person who was responsible for her death. Who could it be, and more importantly, should we care?
Suspense is thin in a movie with three major characters. The staggering incompetence on display ensures that the events are neither funny nor frightening, and the sight of Nanu romancing Siddhi’s ghost pushes Nanu Ki Jaanu towards the zone of tragedy for Abhay Deol’s fanbase.

We are.., This is a short description in the author block about the author. You edit it by entering text in the "Biographical Info" field in the user admin panel.
Older Post Home
Older Post Home