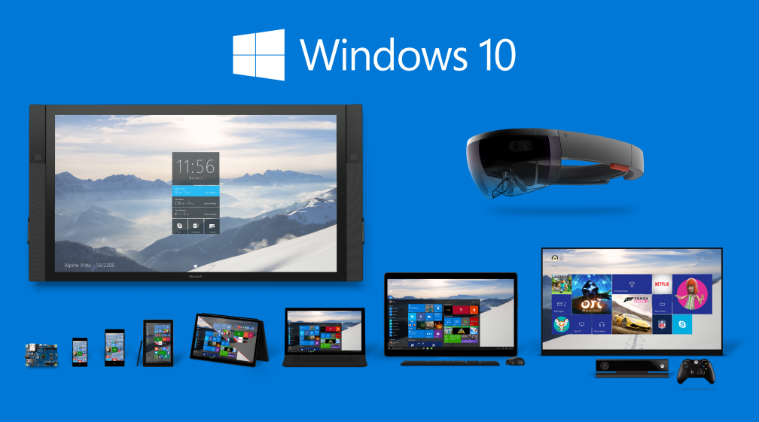 After spinning up possibly the last Window 10 build form the RS4 branch two days ago, Microsoft today released a new Windows 10 preview for PCs with Calendar search and Cortana Show Me voice queries.

This build is from the RS5 branch, which represents the Windows 10 update the company plans to release much later this year.

The next update will come sooner (next month), from RS4 branch. Windows 10 is a service, meaning it was built in a very different way from its predecessors so it can be regularly updated with not just fixes, but new features too.

November update,
Anniversary update,
Creators update, and
Fall creators update.
This RS5 build is for Windows insiders who have chosen the skip ahead option, meaning they continue to receive builds from the RS_PRERELEASE branch.

Only a small subset of Insiders can opt into Skip Ahead, as Microsoft still needs testers helping with RS4. The main change in this build is that Windows 10’s calendar finally now lets you search for part or future events.
You can query by name, location, people invited, or words in the event body. Events that match your search will be visible on your calendar, while don’t will be grayed-put.

The search function currently works with Outlook, Hotmail, Live and Office 365 accounts but does not yet support Exchange Server, Gmail, Yahoo or other IMAP calendars.

Next up, Microsoft has updated Cortana Show Me, a preview app released last week that’s designed to show you around Windows 10 settings.
The app now supports voice queries, and Microsoft has a few suggestions to try updated Windows – Try, “Update my Window device” check if an app is installed – Try,
“How to see what apps are installed”

Uninstall an app – Try “How to uninstall apps”
Change your desktop background – try, “Show me how to change my background”

Use Airplane Mode – Try,
“How do I turn on airplane mode” 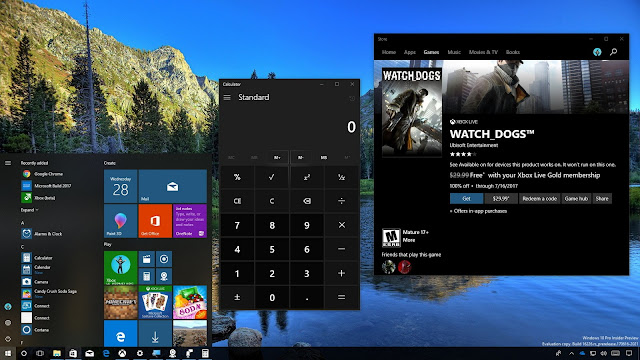 Change your display brightness – Try,
“Show me how to change my screen brightness”

Add nearby printers or scanners – Try,
“How to add a printer”

Change your power settings – Try,
“How to change when my computer goes to sleep”

Discover Bluetooth devices – Try,
“Show me how to discover devices”

The app, which has 15 guides and is available in UK English, US English and German, shows you how to change settings step by step.

We are guessing it will eventually become part of Windows 10, assuming user’s like it. This desktop build includes the following general bug fixes and improvements.

Fixed an issue where typing in the Microsoft Edge URL bar immediately after opening a new tab might result in the letters appearing in an unexpected order.

Fixed an issue where PDFs displayed using Microsoft Edge would shrink after refreshing the page when using a DPI scaling > 100%.

Fixed an issue that could result in Microsoft Edge crashing when Turing off certain extensions.

Fixed an issue resulting in Task Manager not showing the application title in the process name for open visual Studio projects.

Fixed an issue resulting in the UAC dialog potentially rendering correctly in the last few flights.

Fixed an issue where the Emoji Panel would close after typing an accent in certain languages.

Fixed an issue resulting in focus being lost after using Win+A to close the Action Center.

Today’s update bumps the Windows 10 build number for the RS5 branch form 17627 (made available to testers on March 21) to build 17634.
This build has three known issues:

On resuming from sleep, the desktop may be momentarily visible before the lock screen displays as expected. When movies and TV user denies access to its videos library (through the “Let Movies & TV access your videos library” popup window or through Windows privacy settings), Movies & TV crashes when the user navigates to the “Personal” tab.

As always, don’t install this on your production machine.