Manika Batra has made this Commonwealth Games her own personal success story, winning a third medal in Gold Coast – a gold in the women’s singles final.

She is now the first-ever Indian woman to win a singles gold at the Commonwealth Games.

Earlier, Manika has won the gold in the women’s team event and on Friday she bagged the silver in the women’s doubels event with Mouma Das. She isn't done just yet though. Manika will team up with Sathiyan Gnanasekaran in the mixed doubles bronze medal match tomorrow against Indian compatriots Achanta Sharath Kamal and Mouma Das.

The first game started with Manika on the back foot as her opponent raced to a 6-1 lead. The 22 year-old though fought her way back and made it 5-7 before going on to close the opening game 11-7.

In the second game, Manika maintained a slender 4-3 lead through some quality backhand smashes and also returned her shots perfectly. Towards the end of the game, Manika raced away with couple of points and bagged the game.

In the third game, World No. 58 Manika was in complete control and dominated the game. The Indian player raced to a 4-1 lead, by forehand smashes and then never looked back. Mengyu failed to return Manika's top spin returns.

The fourth set saw Mengyu making a small comeback, counter-attacking Manika to close down the lead but at the end the Indian paddler proved superior and clinched the gold medal match with ease. 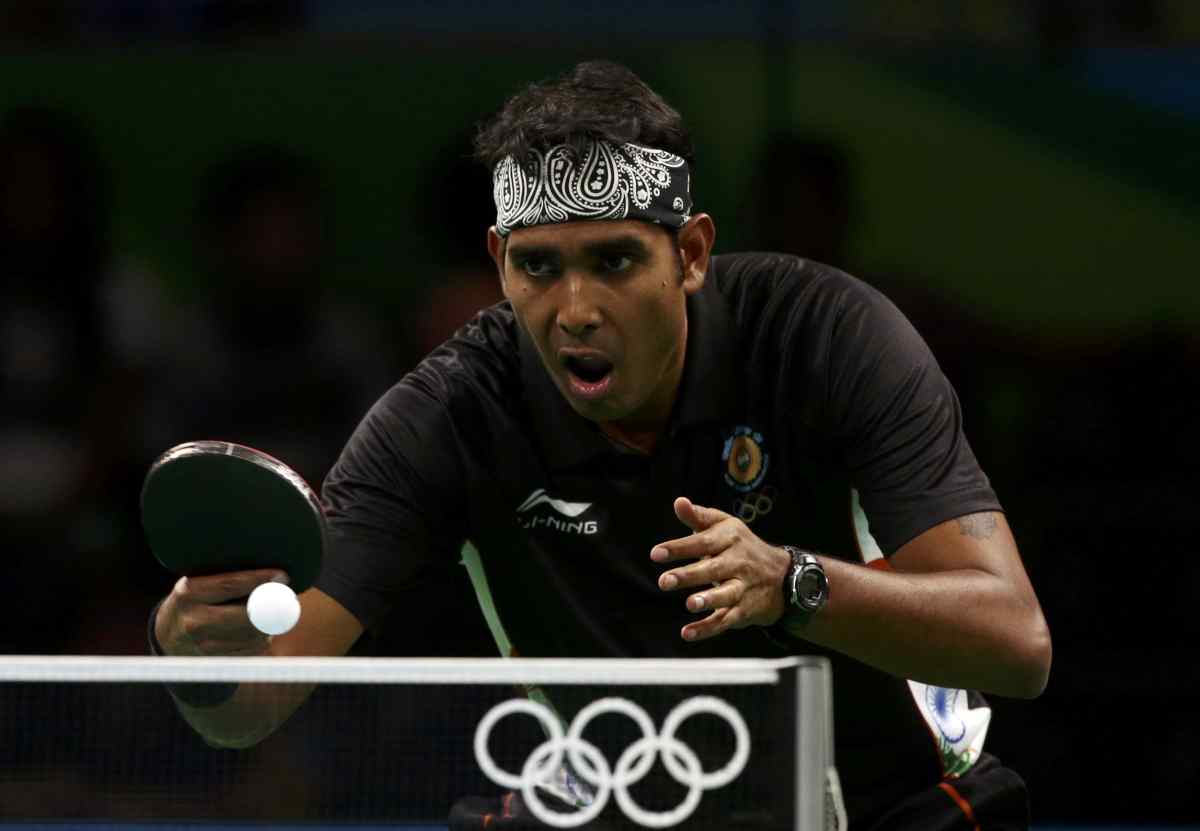 The duo committed several errors on length of serve and shots which resulted in their loss.

Right from the start, Sharath and Sathiyan struggled with their service and return shots. But soon, the Indian duo corrected the mistakes and won the next two games. The Indians won the third game 11-9 coming back from 6-9 down to make it 2-1.

But Sharath missed a few regulation shots in the next two games and his partner also made a few mistakes which resulted in the English players taking full advantage of it.