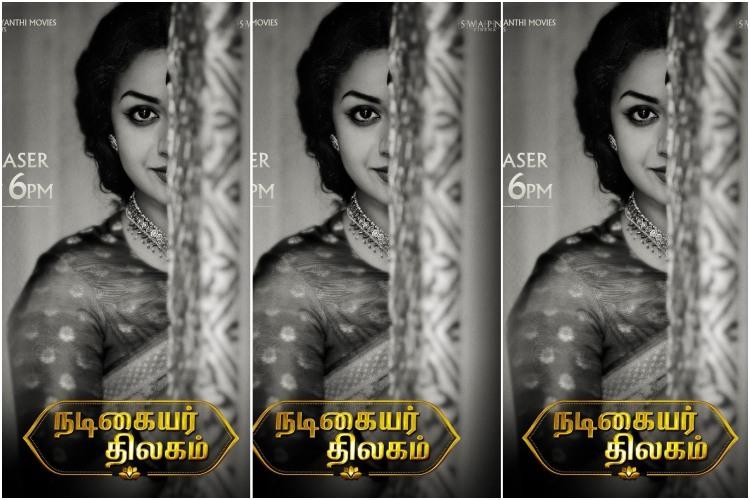 The teaser for Mahanati, the highly anticipated biopic on south Indian actor Savitri, was released on Saturday.


The film, which stars Keerthy Suresh in the lead role, has an impressive cast, including Dulquer Salmaan, Samantha Ruth Prabhu, Vijay Devarakonda, Shalini Pandey, Naga Chaitanya and others.

Dulquer is reportedly playing Gemini Ganesan in the film while Samantha plays a journalist.

The first look of the actors, which released earlier, created quite a buzz among fans.

The teaser shows Keerthy Suresh getting into the role of Savitri quite convincingly. The video seems to start at a hospital where Savitri has been admitted and we also catch a glimpse of Samantha, a journalist who appears to be obsessed with actor Savitri. Dulquer, as Gemini Ganesan, can be seen with Keerthy Suresh in a shot, as the latter kisses the baby in her arms.

Black and white scenes from Savitri's films are interspersed with her real life story.

Titled Nadigaiyar Thilagam in Tamil, the film will release in Malayalam as well. Written and directed by Nag Ashwin, Mahanati is expected to release on 9 May.