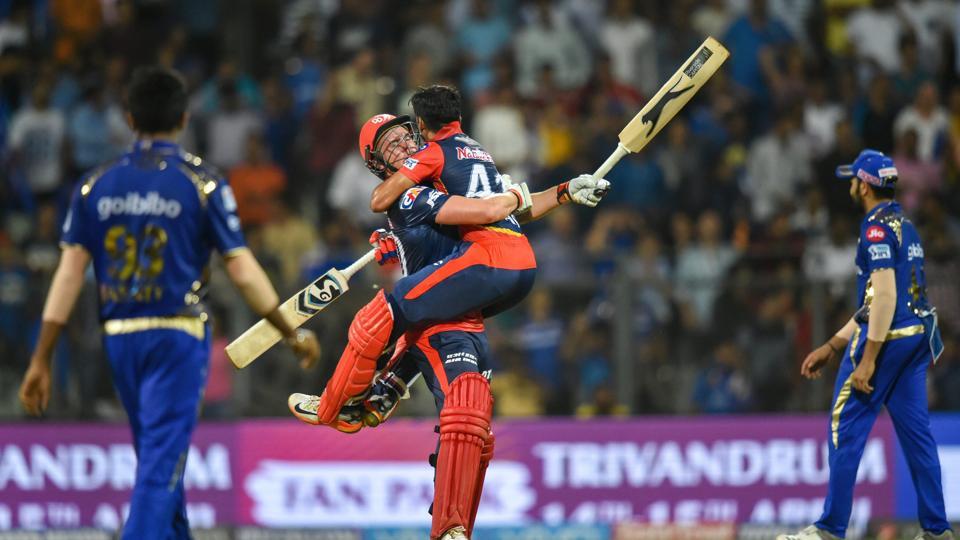 Roy, a white-ball specialistAt one point in the chase, Mumbai Indians decided that the best way to bowl to Jason Roy was to give him width. It wasn’t obviously a great ploy but desperate times call for desperate moves. He was annihilating anything on the stumps, and targeting the sight screen with such venom, that the bowlers decided to try it take it away from him and sees how he copes. He did pretty well: stayed unbeaten to bring Delhi their first win and has made Mumbai wait for their first a little longer. How often do we see a opening batsman play till the last ball to finish a game?


Of late, Roy’s career and ambition has been on an upswing. He is 27 now, but seven years back, he was, by his own admission, wasn’t as focussed: partying was more a priority than training. All that has changed of late. Considered just a T20 and ODI batsmen, he has been one of the main reasons behind England’s rise in the limited-overs format, but recently whispers have started about him getting into the Test team.
Needing 11 off the final over by Mustafizur Rahman, Roy crashed the first delivery – wide outside off- to the cover boundary, and swung the next, down leg delivery, over backward square-leg boundary for a six. Game over? This is when he didn’t follow his own advice, and started to think more than watching the ball. With the field in, he went too hard at the third and fourth and missed it completely.
He then tried to run down the fifth past slip but again no leather on the wood. Finally, off the last ball, after Shreyas Iyer walked across to tell him to “hold his position and smash”, he scooped the ball over covers for the winning runs.
A delightful cameo from Yadav
Had Suryakumar Yadav stayed for a little longer, Delhi would have been chasing something around 230. There were several boundary hits but the one that captured his great form was a last-instant improvised upper cut. It was a snarling bouncer from Trent Boult that kicked up at the throat of Yadav, who seemed surprised by the venom in the ball.
He started to sway away, and even took his eyes off the ball but some how at the last instant, even as the ball was almost a blur behind him, his instincts and quick hands took over.
Somehow, he got his bat up in a position to ramp it up and over to thirdman boundary. It was a shot that came into existence as an afterthought. It’s one thing to do it against a mediumpacer but off Boult, when your eyes are shut, and head yanked away, it was quite a feat to pull off.
BRIEF SCORES: Delhi 195 for 3 (Roy 91*, Pant 47, Krunal Pandya 2/21) beat Mumbai 194 for 7 (Suryakumar 53, Lewis 48, Christian 2/35) by seven wickets.