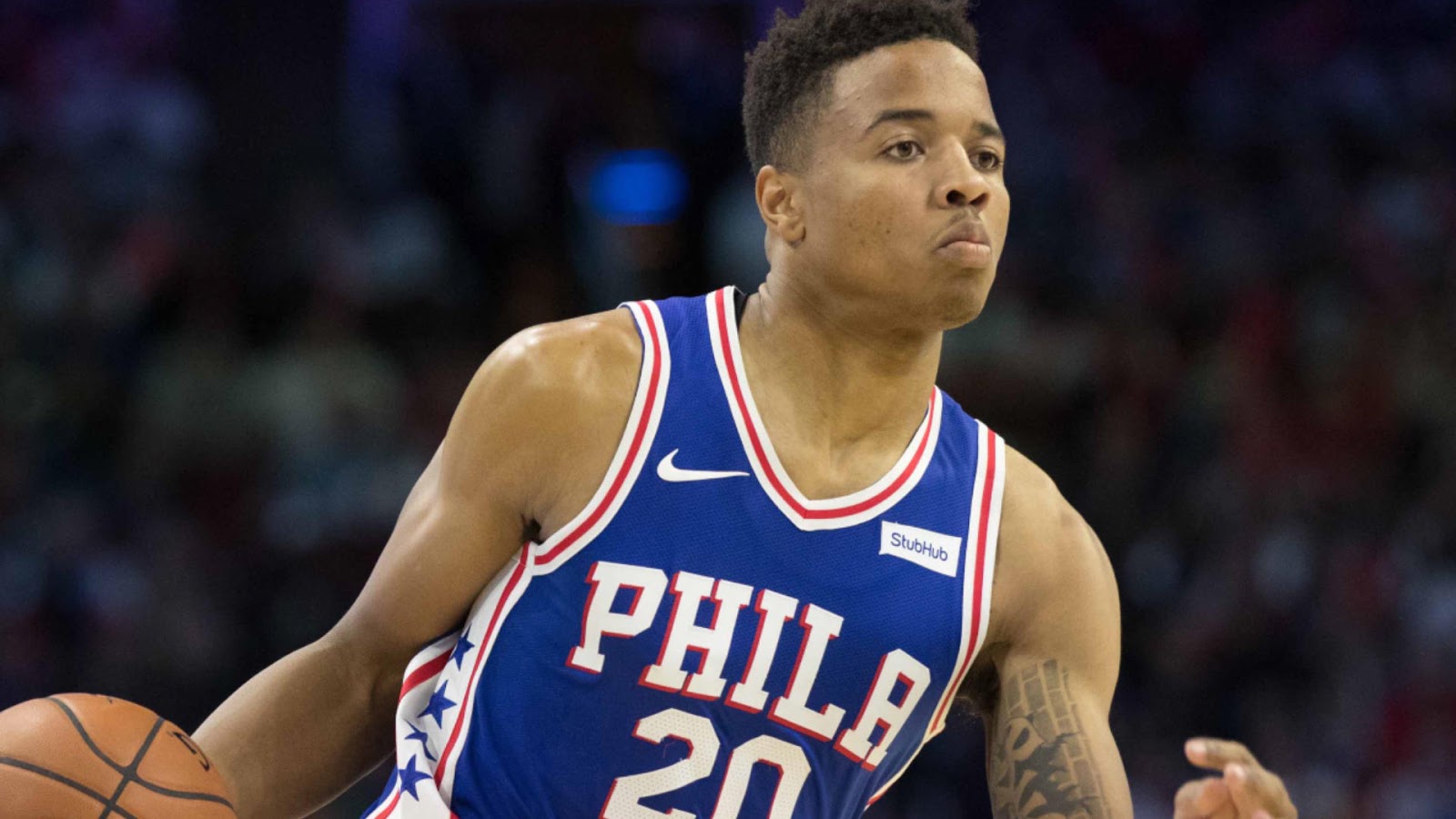 Ben Simmons is a rookie. But in his playoff debut, Simmons apparently didn't get the memo. The 21-year-old, 6-foot-10 point guard and the 76ers dominated the Heat 130-103 Saturday in Game 1 of their first-round playoff series.


Simmons finished with 17 points, 14 rebounds, and nine rebounds while the 76ers rolled. He also did what any good point guard should and that is find his shooters. Sharpshooting reserves Marco Belinelli and Ersan Ilyasova combined for 42 points while Simmons diced apart the Miami defense with his passing. Next to him, JJ Redick poured in 23 points himself. The 76ers as a whole shot 18-for-28 from 3-point range.

As Philadelphia poured in 3-pointers from the outside, it opened up Simmons to use his unique skillset to get to the rim. Sometimes it would involve him getting a head of steam and driving past a standstill halfcourt set.

Then other times he would take the ball inside, embarrass a weaker isolation defender and throw down a ferocious dunk.

Where Simmons really thrives though is using his size and vision to mismatch defenses. Philadelphia will often take Simmons and throw him on the baseline in a post set. From there he'll either kick out to an open 3-pointer or find a cutter at the basket and hit them for an easy two points.

The 76ers' offense ran sets like this constantly, and the Heat never had an answer. For being a young team, they showed none of the weaknesses that are expected from them. Their weaknesses weren't exploited, but everything the Heat struggled in was put on display for the entirety of Philadelphia to see.

They have now won 17 games in a row. They entered the playoffs as the hottest team in the NBA and they're an early favorite for most impressive Game 1 victory in the playoffs. If Philadelphia is going to go on a run through the Eastern Conference then they'll need Ben Simmons playing like this to do it. He's about to get Joel Embiid back too which makes them even more dangerous.

However, this isn't the end of the series. Teams adjust and Miami is coached by one of the best in Erik Spoelstra. The Heat are going to come back with a new scheme in the future and it's a safe bet it will be meant to limit Simmons ability as a creator. That is when he'll be truly tested, but for now, he's had an impressive debut with room to be even better.