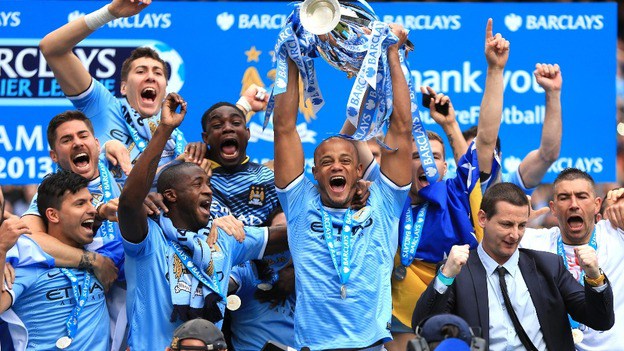 
Second-place United are now 16 points behind Pep Guardiola's side with only five games left to play.
It is City's third title in seven seasons and a fifth top-flight crown - their first under the Spaniard in his second campaign in charge.
They have dominated the title race, scoring 93 goals and losing just twice.
The Premier League title is the 24th trophy of the former Barcelona and Bayern Munich boss' managerial career.
The 47-year-old has previously won league titles in Spain and Germany, as well as two Champions Leagues with Barca.
Since Sheikh Mansour bin Zayed Al Nahyan took ownership of the club in 2008, City have won seven trophies, adding an FA Cup, two League Cups and an FA Community Shield to their league titles.

City's season so far in stats

City set a Premier League record of 18 consecutive wins on their way to the title, and have beaten every other side in the division this season at least once.
They were on course to go the whole league season unbeaten before losing 4-3 to Liverpool at Anfield in January.
Their match at Everton saw them retain 82.13% possession, the highest recorded in the Premier League, and they broke passing records, completing over 900 against Chelsea.
They have only failed to score in a league match once this season and lead the stats in terms of possession, touches, passes, shots and goals.
City were knocked out of the Champions League on Tuesday after their quarter-final defeat by Liverpool, and were beaten by League One side Wigan in the fifth round of the FA Cup in February.
However, Guardiola's side did win the Carabao Cup by beating Arsenal at Wembley.

The week that was

City could have made history and sealed the earliest Premier League title by beating United on 7 April at Etihad Stadium, but let slip a 2-0 lead to lose 3-2.
That defeat came in between two losses to Liverpool in the Champions League, which led to Guardiola claiming the side could still miss out on the title.
However, their 3-1 victory at Tottenham on Saturday put them on the brink of the title, and West Brom striker Jay Rodriguez's header confirmed their status as champions on Sunday.
Guardiola said on Saturday that he would play golf, rather than watch the United game.
City's next match is at home to Swansea on 22 April. 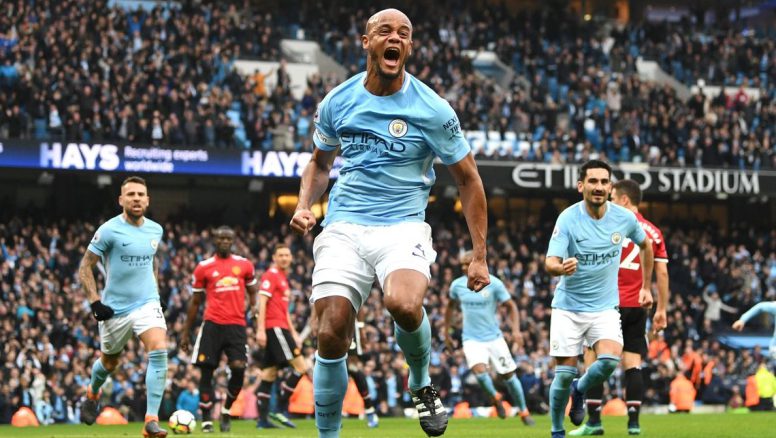