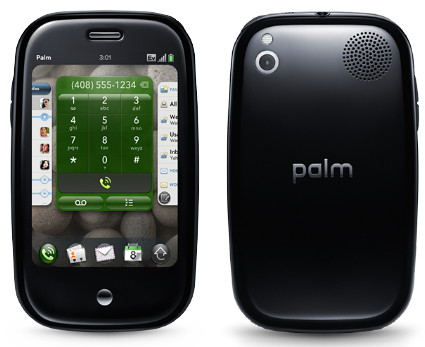 Verizon may launch a new Palm device in the second half of this year, an anonymous source told Android Police. The rumor backs up what a TCL executive said last August, when he confirmed to Dutch publication Android Planet that the company would launch a Palm phone this year.

TCL did not respond to comments when we reached out at the time, despite previous reports that the company had no plans for the Palm. There are little details beyond a supposed release date for this new device.

According to Android police’s report, the phone is expected to run on Android OS, and TCL has reportedly returned to Pal’s erstwhile partner Verizon, for the impending release.

The carrier sold most of the brand’s phones including the Palm Pre2. A GIF displayed by mynewpalm.com in December 2014. The Chinese company TCL, which brought the Palm brand back in 2015, is also in the midst of reviving BlackBerry, another dated smartphone brand, by making handsets.

The company might be preying on early smartphone user’s nostalgia for the days before Facebook became a data-sucking giant and when apocalyptic Black Mirror-esque robot films weren’t streaming on Netflix.

The strategy seems to work in some capacity for Nokia, which revived the 3310 and the banana phone form The Matrix at the past two Mobile World Congress showings.