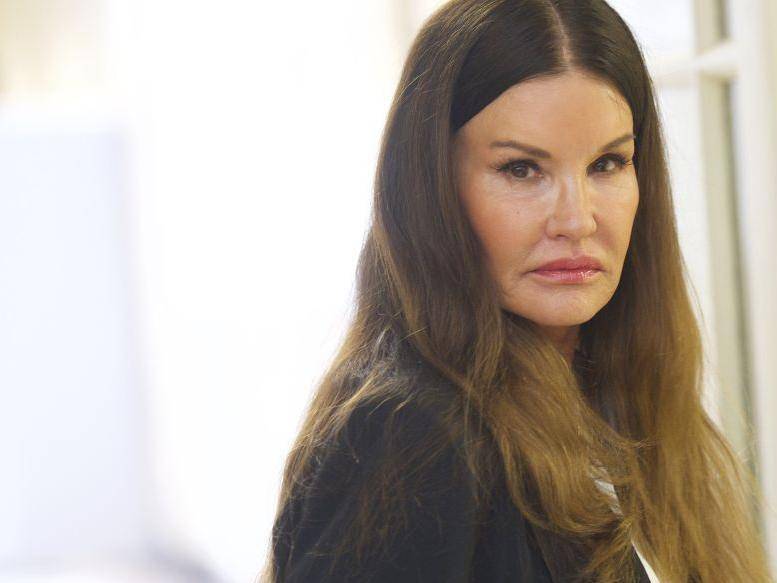 Janice Dickinson testified on Thursday that she was drugged and raped by Bill Cosby in a Lake Tahoe hotel room in 1982, as one of five accusers called as witnesses in the comedian's sexual assault retrial.


The former model and TV personality, known as the "world's first supermodel", told jurors that Cosby gave her a pill he claimed would ease her menstrual cramps, but instead left her immobilised while he sexually assaulted her.
"I didn't consent to this. Here was 'America's Dad', on top of me. A married man, father of five kids, on top of me," Dickinson told the court. "I was thinking how wrong it was. How very wrong it was."

She testified that she felt vaginal pain and noticed semen between her legs when she woke up the next morning. Confronting Cosby later that day, she said his only response to her demands of why he did it was to stare at her in silence, "like I was crazy".
“I wanted to hit him. I wanted to punch him in the face,” she said.
Her testimony comes ahead of Cosby's chief accuser taking to the witness stand on Friday. Andrea Constand will make her second appearance in court.
Though over 50 women have come forward with accusations against Cosby, all but Constand's case were too old to be prosecuted, with Cosby's first trial ending without a verdict last June due to a deadlocked jury.
A former women's basketball administrator for Cosby's alma mater, Temple University, Constand alleges that the comedian drugged and assaulted her at his home near Philadelphia in 2004.
Cosby says his sexual encounter with Ms. Constand was consensual, with his defence team attempting to portray her as a "con artist" who framed him for money. He paid $3.4 million in 2006 to settle a civil lawsuit Constand filed after the district attorney at the time dropped the case.
Dickinson became one of the first women to go public with her allegations against Cosby, appearing on Entertainment Tonight in 2014 to tell her story.
She testified to court that she met Cosby after he contacted her agent about potentially mentoring her as she looked to expand her career into acting and singing.
After an initial meeting at his New York City townhouse, where he had given her an acting manual, she said that Cosby had tracked her down to Bali, where she was modelling for an oil company calendar, and asked her to Lake Tahoe "to further talk about my career".
In Tahoe, she tested out her vocal range with Cosby's musical director, watched the comedian perform, and then joined the two men for dinner at the hotel. She said it was there that she began to experience cramps, with Cosby giving her a small blue pill; she took it and says she soon became woozy and "slightly out of it".
After Cosby's musical director left, she said Cosby told her: "we'll continue this conversation upstairs".
Dickinson took several photos of Cosby talking on the telephone in the room on her Polaroid camera. “Shortly after I took the pictures and he finished the conversation, he got on top of me,” she said. “His robe opened up... I couldn’t move."
“I didn’t fly to Tahoe to have sex with Mr Cosby,” she said.
Defence attorneys seized on several discrepancies between her testimony to court and her description of the encounter in her 2002 autobiography. She told jurors that she wanted to include details of the assault, but was told by her publisher that the legal department would never let the allegations against Cosby make it to print.
The accuser who took to the witness stand after Dickinson, Lise-Lotte Lublin, said that Cosby had coerced her to drink two shots in his Las Vegas hotel suite in 1989, then forced her to sit between his knees and started petting her head.
Ms. Lublin says she lost consciousness and doesn't remember anything else about the night. “I trusted him because he’s America’s Dad,” she said. “I trusted him because he’s a figure people trusted for many years, including myself.”
Dickinson and Ms. Lublin were amongst five additional accusers whom prosecutors called to the stand as evidence Cosby had a history of drugging and molesting women long before he was charged with attacking Ms. Constand.
The defence has tried to dismiss the additional testimonies as "prosecution by distraction".
“These women proved that they were here to back up their sister – they got their sister’s back,” Andrew Wyatt, a spokesperson for Cosby, said on Thursday outside court.