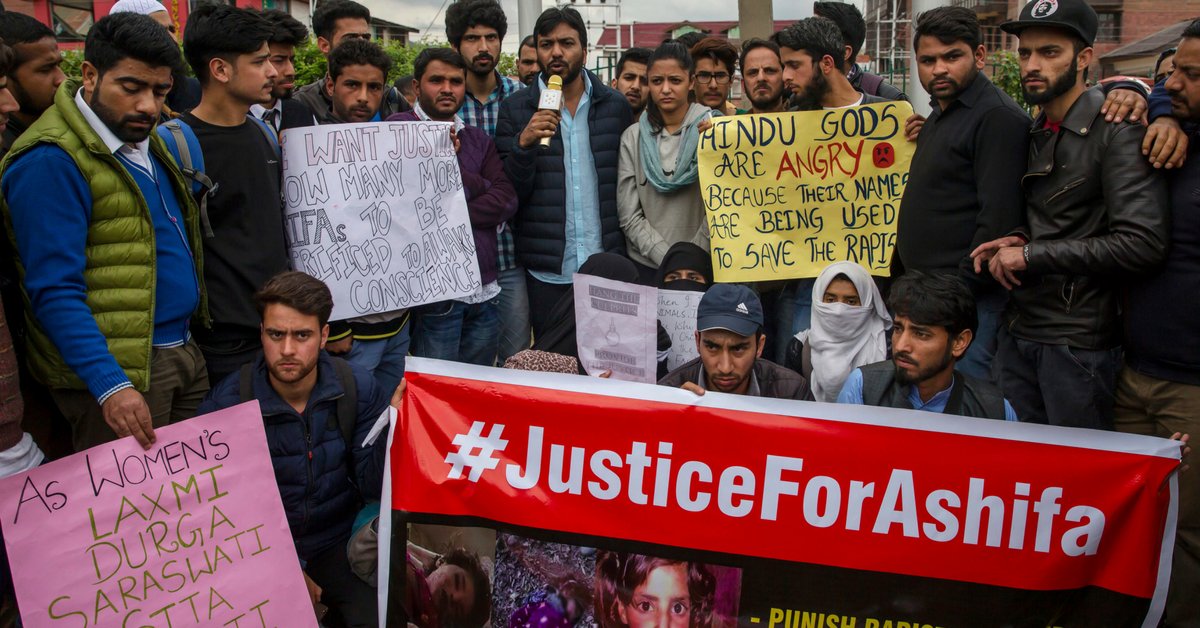 Eight-year-old Ashifa was grazing the cattle owned by her nomadic Muslim herder family when she was kidnapped. A week later, her raped and mutilated body was found in the woods of Kathua in Jammu and Kashmir. Since the incident came to light less than two days ago, the country has been reeling from shock and outrage.


Anger is also building over inaction against the accused in the Unnao rape case, with the Allahabad high court reprimanding the state government for 'collapse of law and order' and the Centre approving a CBI probe into the case. People from all walks of life — politicians, sportspersons and actors — have spoken out on the horrific crimes and demanded strict action against the culprits. Here's a look at some of the reactions and all the latest developments:
Congress president Rahul Gandhi to hold midnight protestRahul will hold a candlelight protest at India Gate at midnight today to protest against the Unnao and Kathua rape cases.


Earlier in the day he had tweeted: "How can anyone protect the culprits of such evil? What happened to Ashifa at Kathua is a crime against humanity. It cannot go unpunished. What have we become if we allow politics to interfere with such unimaginable brutality perpetrated on an innocent child?"
Union minister VK Singh: 'We have failed Ashifa as humans' 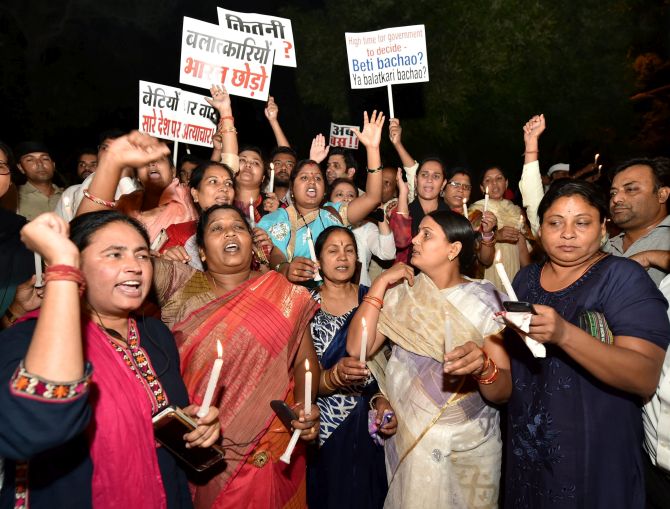 Jammu and Kashmir Chief Minister Mehbooba Mufti announced on Thursday that the state will bring in a law that would make death penalty mandatory for those who rape minors. As national consensus builds seeking exemplary punishment to the culprits, Mehbooba Mufti said: "I assure that I stand committed not just to ensure justice for Ashifa but also seek exemplary punishment for those responsible for a crime whose brutal savagery has shamed humanity.Earlier in the day, Mehbooba Mufti said: The Law will not be obstructed by the irresponsible actions and statements of a group of people. Proper procedures are being followed, investigations are on the fast track and justice will be delivered.J&K deputy CM Nirmal Singh: 'Justice should be done to her'Justice should be done to her. There shouldn't be politics on that. Criminals who did it have no religion like terrorists have no religion. All communities, Hindu and Muslims have fought for that girl and only disgruntled elements are trying to give wrong message.
B S Salathia, president of Bar Association of Jammu: 'We demand CBI probe'
Kashmir-centric mindset tried to give our agitation for CBI probe a communal colour. They were trying to divide Jammu on communal lines. It is their conspiracy. It was portrayed as if we are against justice for the girl. We demand CBI probe for justice to the minor, and those involved should be punished.Senior Congress leader Kapil Sibal: 'Speak up, dear PM'No time for 'upavas' dear PM. Speak up: the very soul of womanhood violated at Kathua and Unnao. Was 'Beti Bachao' yet another slogan?

It's correct decision to refer the matter to CBI. If there're issues which are not meeting the eye then severe punishment should be given to those who did such an abhorrent act, there should be no false prosecution and accused shouldn't escape.

Human Rights Watch on Kathua rape caseToo many BJP supporters seem willing to abandon their tough stand on sexual violence on the basis of religious prejudice. The police allege Ashifa's rape and murder was part of an effort to drive the Muslim community away from the area. Yet, for the local lawyers and other BJP supporters, the Hindu suspects and the Muslim victim were grounds for blocking prosecution of the case.

Youth Congress: 'We demand justice for Ashifa'Rape accused MPs, MLAs and other lawmakers are a part of this government. Women’s security in our country has become a joke. Shame on the people who tried to stop the victim’s family from getting the justice they deserve. This is unpardonable! We demand Justice For Ashifa. 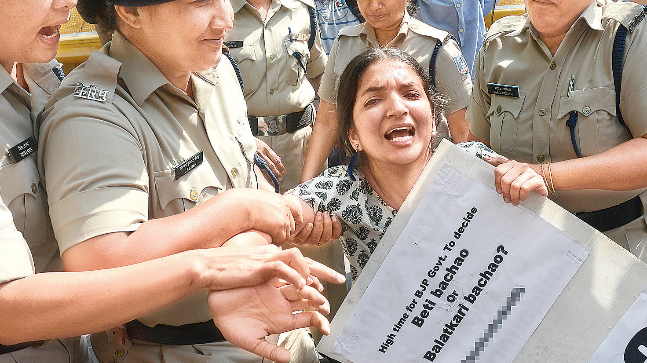 According to it (SIT report), medical officers and police officers, all were hand in glove with the accused to save them and you (state government) acted on this report against those officers but for arresting rape accused you need to do further investigation. If this is the stand you are repeatedly taking, then we will be forced to observe in our order that 'law and order has collapsed in the state'.

UP Governor Ram Naik: 'What has happened is shameful'

What has happened is shameful. But to say that no action has been taken is wrong. Actions taken by the police till now will provide a solution and will also set an example for the future.

UP minister Mahesh Sharma: 'The law of justice will prevail'

When we say Beti Bachao, we really mean that. We are here to safeguard the interests of our daughters and we are committed to their safety. As far as Unnaoincident is concerned, the law of justice will prevail.

From tomorrow, I'll sit on an indefinite hunger strike. The systemic rape of children and the Centre's silence on the matter cannot be tolerated. I shall not touch food till our demands are met. Strict action against rapists within six months, support for the victims of the Unnao and Kathua rape incidents.

Actor Nimrat KaurEqual rights/ gender bias/ pay disparity all seem like such distant, first world concerns. Let's begin with addressing the unmentionable horrors of the absence of humanity. The only way forward, if at all, from this blood curdling barbarism is justice. Heartbroken and aghast. #Asifa.