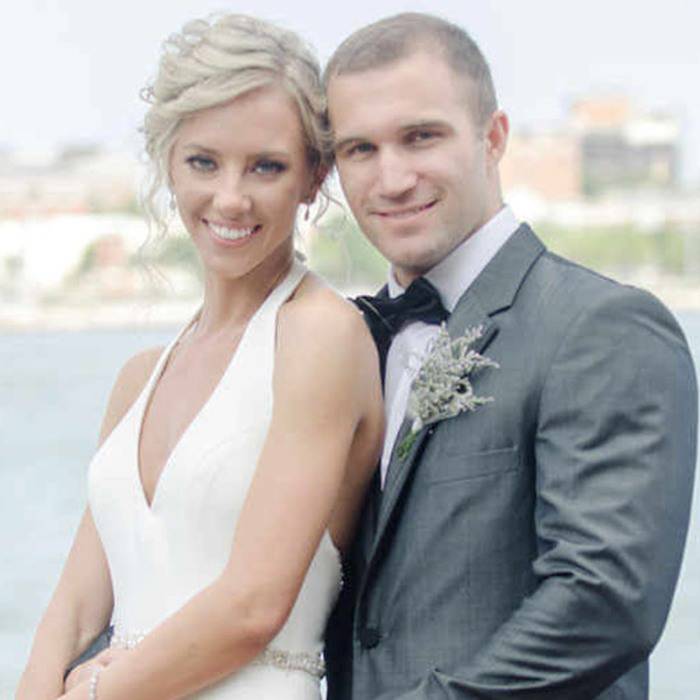 One couple down.
Well, Married At First Sight season six will not end with a three-for-three success rate, as one of the couples made the decision to divorce before Decision Day in Tuesday night's episode.


Following their explosive fight at the end of last week's episode, Molly Duff and Jonathan Francetic both told the other couples and their loved ones that they were ready to split following seven weeks of marriage.
"We really didn't have anything to say to each other except that we agree that we both pretty much think this marriage is over," Jon said of the fallout from their sitdown with expert Dr. Jessica Griffin, with Molly had moved out.)

While Molly said this break up will "take a lot longer" for her to get over than any previous ones she's gone through, Jon was equally as upset that their relationship didn't work, saying, "I've put so much into this marriage that I'm devastated. " 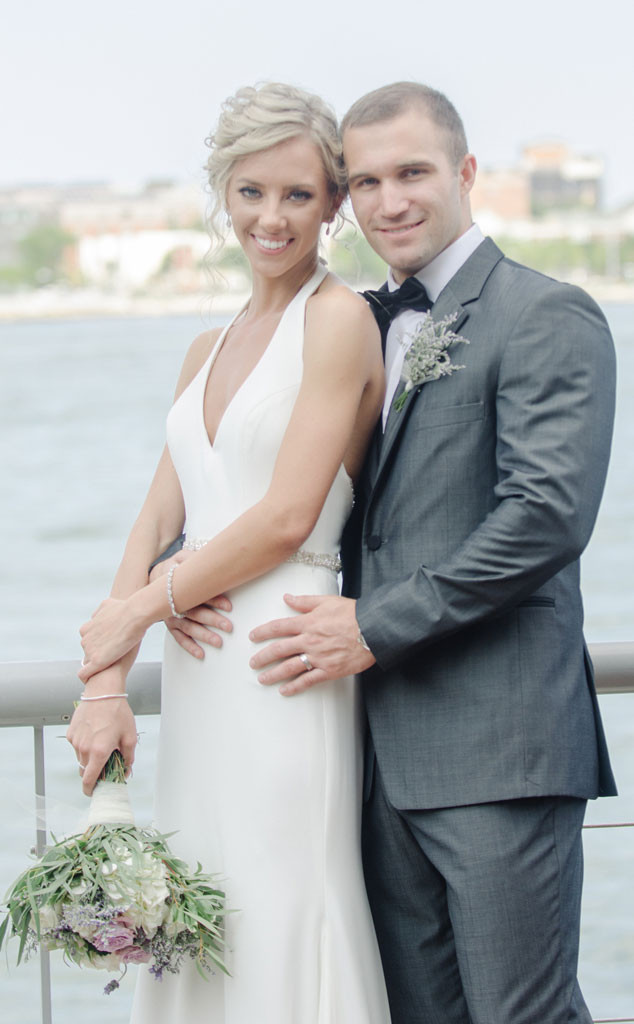 Courtney Hizey Photography & Emily Maultsby
While having a wives' dinner withJackie Schwartzberg and Shawniece Jackson, Molly broke the news of their decision, saying, "John and I are not staying together." And when they asked if she was sure, she responded, "It's 150 percent permanent, like not a single question."
Molly didn't tell the two women what caused the couple's final fight during their vacation at Universal Orlando Resort (She was talking to a guy at a bar, Jonathan then recorded her calling him "disgusting"), but partially blamed his impatience with the physical part of their relationship.
"He can't be patient, and if he's going to get frustrated then I can't work with that," she said.
After telling his friend Blake earlier in the episode that the couple has "already determined" they are getting a divorce, Jon also dropped the D-bomb on his fellow husbands, Ryan Buckleyand Jephte Pierre, really rattling the former's confidence in his own marriage while the latter awkwardly (and hilariously) said, "This is uncomfortable! This is so uncomfortable!"
The preview for the finale still showed Jon and Molly showing up for Decision Day, so anything is possible. But something tells us these two won't be getting back together anytime soon, especially when Ryan flat-out told the two guys, "We both know we're walking into decision day saying no."
Do you think Jackie and Ryan and/or Shawniece and Jephte will stay together? Sound off in the comments!