Underestimate Jaylen Brown? I won’t do that again 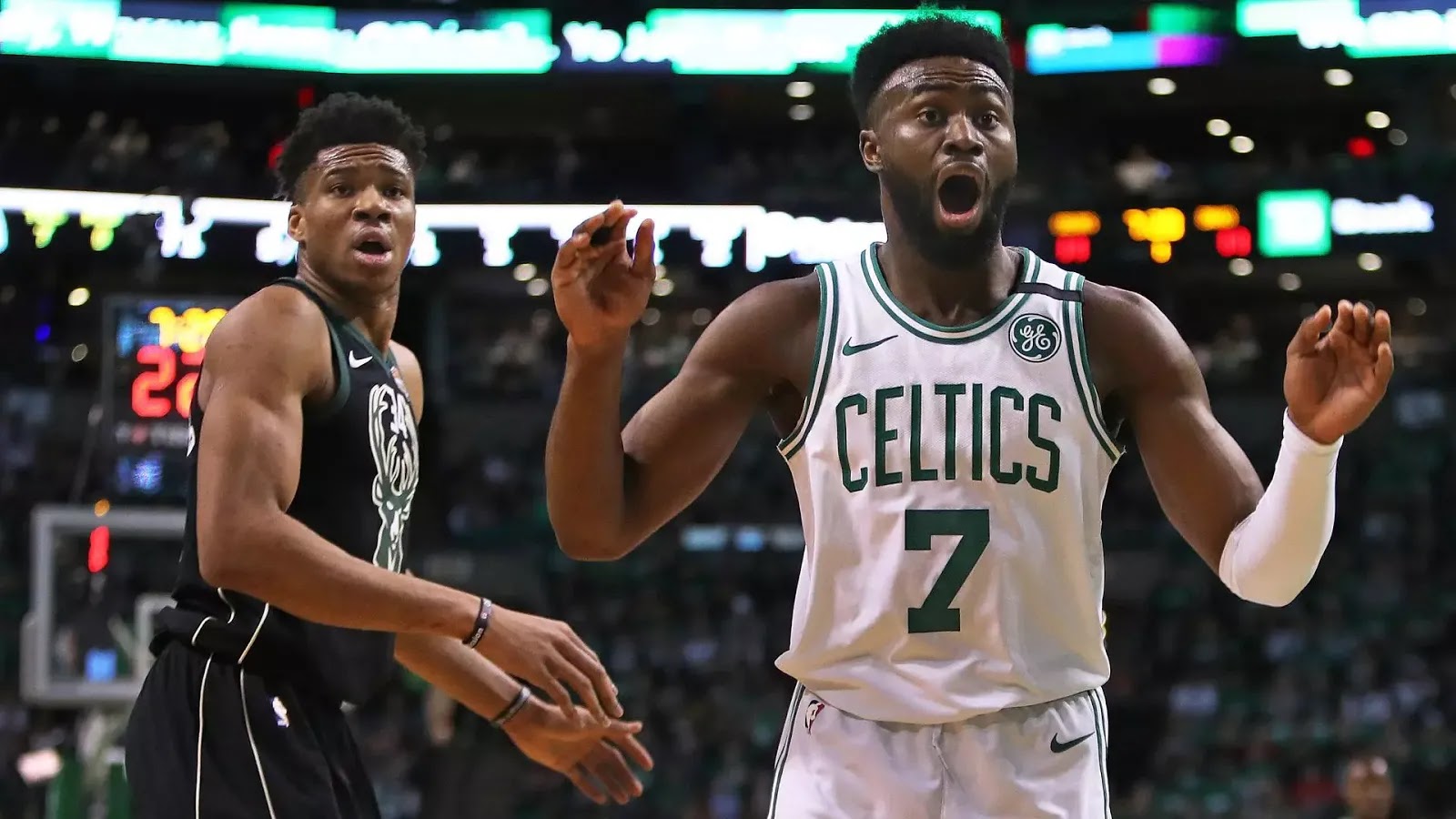 I’m not sure when I realized this about my perception of Jaylen Brown.


I do know it was definitely after his ferocious lefthanded dunk to give the Celtics a 16-13 lead in the first quarter.
But it was definitely before he banked in a fourth-quarter 3-pointer, an amusing exclamation point — his reaction confirmed he did not call “glass” — in the Celtics’ satisfying 120-106 victory over the quittin’-time Bucks in Game 2 of their Eastern Conference playoff series.
It was probably during one of the many highlights he supplied in between those two plays en route to a 30-point performance, the youngest Celtic ever to achieve that milestone.
I just know I should have realized it sooner.
I’ve underestimated Brown — his vast improvement in his second season, his multifaceted value to the Celtics — all year.
I don’t think I’m alone in this. In a way, it’s understandable. He’s been overshadowed at times by the superstars (Kyrie Irving) and the steady stars (Al Horford).
Mostly, though, it’s because it’s easy to forget how young he is because Jayson Tatum is the more polished player, the presumed perennial All-Star, in his age-19 season as a rookie. He was more ready for this than Brown was last year as a rookie in his age-20 season.
Now, I’m intrigued by what Brown’s ceiling could be, and it’s higher than I would have imagined a year ago.
We’ve known since he arrived here that he’s smart and thoughtful, and recently we’ve learned he’s remarkably tough. He’s played the best basketball of his young career after coming back from the concussion suffered in his scary fall after a dunk in the March 8 game vs. the Timberwolves.
He’s improved as a ballhandler, especially in tightening up his dribble. That’s a sign that he puts in the work. So is this: His long-range shooting just keeps getting more accurate. Brown shot 39.5 percent on threes this season, up from 34.1 as a rookie and 29.4 during his lone college year in Cal’s discombobulated offense.
In the final three games of the regular season, he made 13 of 22 threes — and that includes an 0-for-2 game against the Hawks. Through two games in this series, he’s hit 7 of 17, including 5 of 12 Tuesday night.
He’s averaging 25 points, 4.5 rebounds, 2.5 assists, and he’s plus-35 total against the Bucks. In a way, he picked up some of the slack for the more celebrated Tatum, who struggled with his shot in Game 2 (he was 0 for 6 in the first half and finished 2 of 9 overall for 4 points).
Of course, picking up teammates has become a trademark of this injury-addled but somehow never-depleted team.
Brown had accompaniment from Horford in getting the Celtics going early as they took a 33-22 lead into the second quarter. Horford’s final stat line (16 points, 5 rebounds, 4 assists, 2 steals) wasn’t as obviously excellent as his 24-12-4-2 line in the opener.
Any detractors who didn’t watch this game might look at that and say he was just pretty good. They’d be unaware of his picturesque touch-pass to Greg Monroe for a layup, or his coast-to-coast dunk, or his backing-down of Giannis Antetokounmpo for a bank shot in the Bucks star’s face, or his stellar defense on Antetokounmpo, who gets so many calls now that you’d think the officials are on a mission to make one of the league’s most likable players into a villain.
We all should be so average as ol’ Al.
There was much more to the win, of course, more contributors all of the court and the stat sheet. Terry Rozier was extraordinary, with 23 points and 8 assists, though his best move of the night may have been his wardrobe selection, which featured a Larry Bird t-shirt. Give his stylist a raise.
Rozier does not have a turnover in 78 minutes in this series, and he’s agitated Bucks guard Eric Bledsoe with such relentlessness that Bledsoe felt the need to play the last card of the desperate and the already defeated: During a postgame interview, he pretended he didn’t know who Rozier was.
It’s too bad. Bledsoe is in the fourth year of a five-year, $70 million deal. I thought it was generous of him to play as if he’s trying to help Rozier make a ton of money too someday.
Brown, Horford, and Rozier, on this night, were their own version of a Big Three. But there was plenty of supporting help. Marcus Morris had 18 points on 11 shots, and he plays with the don’t-test-me edge of a ’90s Knick. Shane Larkin and Greg Monroe combined for 23 points on 10-of-15 shooting in 36 combined minutes, and both were at their best in the second half.
This has been an incredibly fun and fulfilling Celtics season in a lot of ways. But the injuries to Gordon Hayward and Kyrie Irving thwarted their highest aspirations.
What we saw Tuesday night was their amended ideal. Role players thriving in their assignments. Horford doing a little of everything, and often a lot. And young players performing exceptionally well.
No, it wasn’t Jayson Tatum’s night. But Terry Rozier was out there making a name for himself. And Jaylen Brown reminded us again to not underestimate anything about him.
It’s not a new lesson. It is one that should finally stick this time.