Tristan Thompson Appears to Have Cheated on Khloe Kardashian 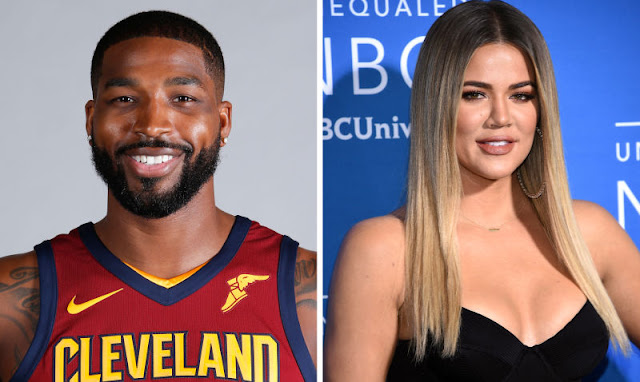 In typically dramatic fashion, the Daily Mail reported on Tuesday that Cleveland Cavaliers player Tristan Thompson was making out with a “mystery brunette” in New York last weekend, while his girlfriend Khloe Kardashian, who’s due to give birth to their child any day now, was…somewhere else.


The alleged philandering was filmed, and the woman who shot it told the Daily Mail, “I was there and he was on the table right next to us with a group of friends and one girl who he was obviously making out with all night.”
Shortly after the Daily Mail story surfaced, TMZ released surveillance footage it had somehow obtained of what appears to be Thompson kissing and fondling two women at a hookah lounge just outside Washington DC. The footage was recorded on October 7, at which point Thompson was already dating Kardashian, and she was three months pregnant.
Hollywood Life reported on Tuesday via a “source close to the Kardashians” that “Khloe is devastated and has been brought to tears after seeing the pics of Tristan with another woman.”
What we call “burying the lede.”