Home » Trending » Elton John: I'm Still Standing: What you will and won't see on tonight's special

Elton John: I'm Still Standing: What you will and won't see on tonight's special 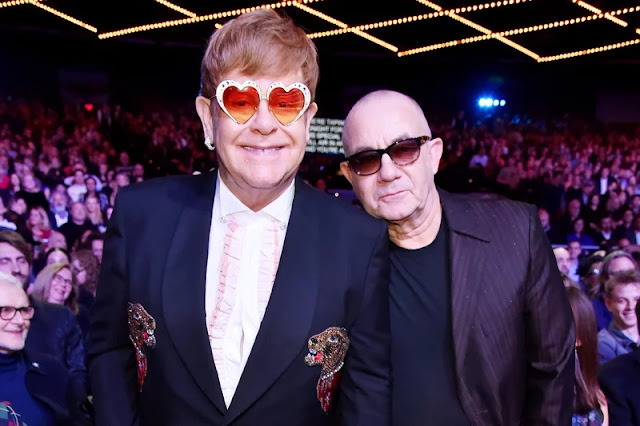 After the 60th annual Grammy Awards were held in New York City in January, CBS turned its attention to Elton John: I’m Still Standing Grammy Salute, a two-hour special it taped at Madison Square Garden that airs Tuesday night on the network. Artists like Miley Cyrus, Lady Gaga, SZA, Shawn Mendes, and Maren Morris paid tribute to the legend’s five-decade-long career by singing some of his greatest hits, while others created a few memorable moments that (sadly, or maybe not?)  didn’t make the broadcast.

Here’s what you should — and shouldn’t — expect to see in tonight’s special.
What you will see:
A whole bunch of artists singing beloved John tunes like “The Bitch Is Back” (Cyrus), “Candle in the Wind” (Ed Sheeran), “Daniel” (Sam Smith), and “I Guess That’s Why They Call It the Blues” (Alessia Cara). “The artists do get to choose what they want to sing,” says executive producer Ken Ehrlich. 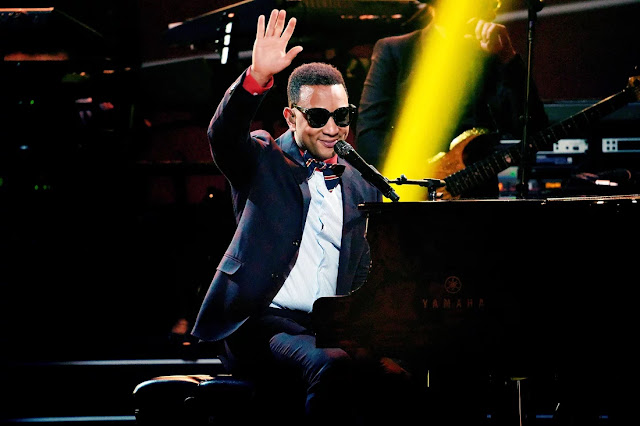 What you won’t see:
John Legend not singing his original request, “Rocket Man.” Little Big Town got the honors, instead. “We went back and forth and I kept telling John that ‘Don’t Let the Sun Go Down on Me’ would be amazing for him,” explains Ehrlich. “Ultimately he listened. When he embraced doing it, I just knew it was going to be amazing.” It didn’t go off without a hitch, however, at the taping; there were some technical problems so Legend’s moment at the piano was delayed.
What you will see:
Chris Martin giving a soulful rendition of  “We All Fall in Love Sometimes.”
What you won’t see:
How it took Martin three tries before he performed the song all the way through. “I love Chris, I love working with him,” Ehrlich explains. “He’s a perfectionist. I don’t know what to ascribe it too. The strings we had there for him came in at the wrong time at one point. I don’t think he got rattled, but it was so important to him for this to be right for Elton that we stopped and started a couple of times. When you see it on the air, it’s beautiful. It’s the least known song of Elton and Bernie Taupin’s, which to me made it even more touching.”
What you will see:
Neil Patrick Harris, who was a last-minute addition to the special, reading a letter from John to the late Ryan White, the Indiana teenager whom the artist befriended before dying of AIDS in 1990. “It couldn’t have been better,” said Ehrlich of the moment that features an instrumental version of “The Last Song.”
What you won’t see:
How some fan managed to squeeze his way up to John in the front row and grab a selfie with his girlfriend. He was quickly ushered out by security.
What you will see:
John in tears, especially after hearing the reading by Harris. “I’m pretty shameless about showing that,” admits Ehrlich.
What you won’t see:
Some perplexed faces in the crowd when CBS This Morning‘s Gayle King gave a dramatic reading of a John song. “In all honesty, it was a very late booking and it probably wasn’t fair to not give her a little more time to prepare,” says Ehrlich, who only included an abbreviated appearance of her in the special. “She was coming over to interview Elton, and we pressed her into service. She was incredibly gracious about it.”
What you will see:
John wrapping up the special with a performance of “Bennie and the Jets,” “Philadelphia Freedom,” and “I’m Still Standing.”
What you won’t see:
Before the show, a few people warned Ehrlich that John may get up and leave during the taping. He was seated in the front row of the theater next to Taupin. “He’s really not a fan of watching other people do his songs,” Ehrlich explains. “He’s just sensitive to it.” But John ended up staying put in his chair the whole time, other than occasionally standing up to applaud. “After the show, he told me he loved who we booked and what they did but he wasn’t sure I could get through it,'” recalls Ehrlich. “As it turned out, he loved it.”
Elton John: I’m Still Standing Grammy Salute airs tonight from 9-11 p.m. on CBS.