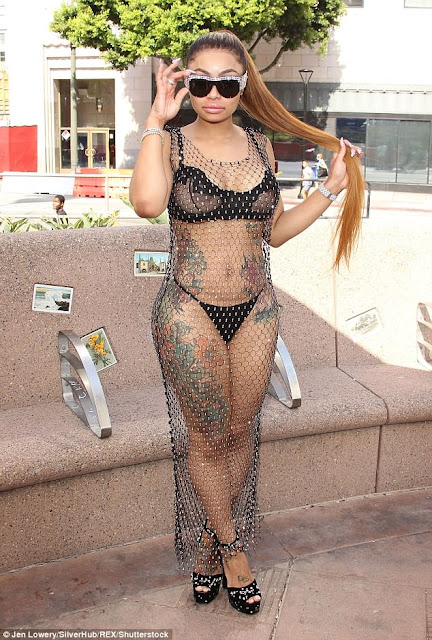 She has a daughter named Dream with ex fiance Robert Kardashian.


And Blac Chyna also follows Lani Blair, who has been repeatedly named as the woman Tristan Thompson - Khloe Kardashian's boyfriend and baby daddy - smooched inside PH-D lounge.
Chyna is in the midst of a legal war against the Kardashians, claiming that they sabotaged her reality show Rob & Chyna.


Chyna, a former stripper, follows Lani on the social media app; it is unknown when she started following her.
Lani, who is a New York strip club worker, does not follow Chyna back.

The drama started on Tuesday when a video from Saturday surfaced of Tristan and Lani at the rooftop bar PH-D in Manhattan.
They were captured smooching inside.

They were later seen in photos making their way to his Four Seasons Hotel in the Big Apple.
She later left in a different outfit four hours later with Tristan to the private club, Soho House.
They headed back to the hotel early Sunday morning; She left the following night - Monday - with her overnight bag.

Meanwhile, Khloe is in Cleveland, Ohio awaiting the birth of her first child; she and Tristan are expecting a baby girl any day now. 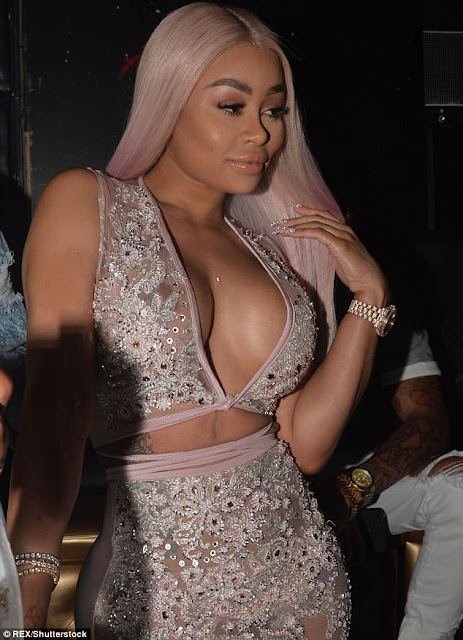 Chyna, 29, filed a lawsuit against ex-fiancee Rob Kardashian and members of his family in October 2017 accusing them of sabotage and defamation.
In court docs obtained by TMZ in January, Chyna said that 'the unwritten rule no one told [her] when she began her relationship with Kardashian is that the entire family will come after you if you leave.'

Chyna is claiming the family had sabotaged their 2016 E! show Rob & Chyna 'despite great ratings,' amid her public falling-out with the sock designer.
Kim and Kris were producers on the show which ended after one season and after Rob and Chyna ended their tumultuous romance.

Chyna dropped Khloé, Kourtney, Kendall and Kylie Jenner from the original suit only to add Kylie and Khloe back again in February for some reason.

The salon owner said that the family has no hesitation 'about using their fame, wealth and power to take you down, including getting your television show cancelled... and spreading lies about you' if you fall on their bad side, according to TMZ.
Rob and Chyna welcomed daughter Dream into the world on November 10 2016 -after just 11 months of dating.

The couple became engaged after just a few months of dating but split in February 2017.