Jordan Rodgers Honors His Older Brother Luke on National Sibling Day — But What About Aaron? 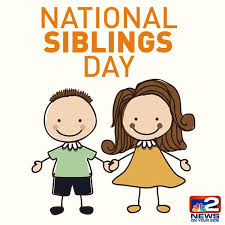 Bachelorette alum Jordan Rodgers and his older brother, NFL star Aaron, seem to still be estranged.
To celebrate National Sibling Day on Tuesday, Jordan, who fell in love with fiancée JoJo Fletcher on season 12 of The Bachelorette, posted an Instagram of himself and his eldest brother, Luke, standing side-by-side with arms embraced.
In the caption, Jordan, 29, gave a loving shout-out to Luke but made no mention of their middle brother, Green Bay Packers quarterback Aaron.
“I’ve looked up to this guy since I was a little kid,” Jordan, 29, wrote about Luke.
“He is the coolest, best dressed, has the biggest heart, lovable, best griller, little kid big brother I could ask for. Love you bro!” he added. “Still jealous of your facial hair… #butnotthebodyhair.”
A source close to Aaron says that while he loves his brothers very much, “There is always drama between them.”
“Yes, that was probably intentional, and the whole family knows it,” the source adds of Jordan’s Instagram post. “They are so passive-aggressive sometimes. They are just like any other family, with petty arguments and jealousy and all the other things. But at the end of the day, they really do love each other. But the relationship is strained.”
Concludes the source: “They bicker and fight, but if one of them need something, the rest of them will be on a plane immediately to help them. Even though Jordan and Aaron don’t always see eye to eye, I know that Aaron loves Jordan, and he believes that Jordan loves him. It’s unfortunate that the family’s drama is in the public eye, and that Jordan will do something like this to drum up more attention that is really unnecessary. “

Word of the Rodgers family’s rift became public knowledge in spring 2016 when Jordan appeared on The Bachelorette. While on the show, Jordan revealed that although he was very close with his oldest brother Luke, Aaron is estranged from the rest of the family.
Aaron also didn’t appear when Fletcher went to California to meet the Rodgers family during the hometown dates episode of the reality show.
“It’s just the way he’s chosen to do life,” Jordan explained on the show. “I chose to stay close with my family and my parents and my brother [Luke].”
Luke went on to explain that although the family tries to not bring up the drama, they are all deeply affected by the situation.
“It pains both of us like, not to have that relationship [with Aaron] – we miss our brother,” Luke revealed on the show. “I trust that God brings things full circle and that everything would just get back to us being a family.”