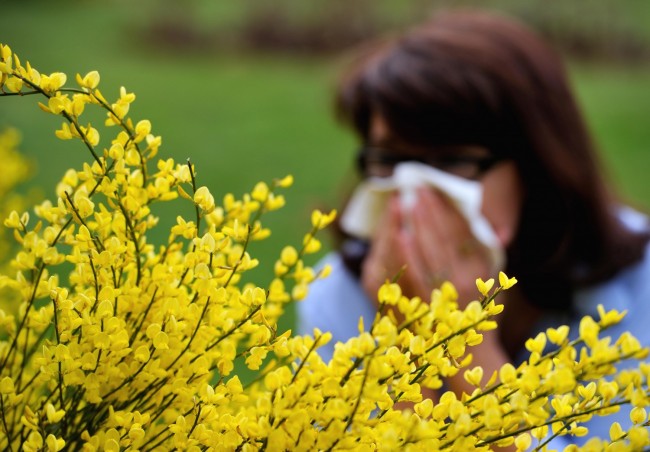 A higher pollen concentration and early start of allergy season are observable in several states. Experts suggest this occurrence is a direct impact of climate change.


Atlanta's pollen count hits record high on April 11, 2017; the worse seen since 2015. Pollens in the city are also predicted to reach a "very high" level on Thursday and Friday and will subside by Saturday.
Data from the Atlanta Allergy and Asthma shows the city reached a pollen count of 5,098 parts per million. This is 400 more compared to recorded counts on April 4. An average of 1,337 pollen count was observed during the days between April 4 and April 11.
Meanwhile, Florida and Georgia are experiencing early spring allergy season which started in mid-March.
"The highest pollen area is predicted over the Florida Panhandle into southern Georgia early in the season," says Alan Reppert, senior meteorologist from AccuWeather. This may continue until April, he adds.
Reppert also predicts that tree pollen will peak over Northern New York and into New England in early June. The areas may experience high pollen days until later in May. Grass pollen, meanwhile, will spread in much of the Southeast and in the mid-Atlantic until June.

The spring allergy season is taking place earlier at an average of two weeks. It is starting prematurely in winter and lasting until the end of spring according to Dr. Clifford Bassett, founder and director of Allergy and Asthma Care of New York. Climate change and greenhouse gases are both at play in this occurrence, Bassett explains to Newsweek.
The varying duration and intensity of spring allergies was first noted in 2014 and detailed in a report from the National Climate Assessment. The report states that higher temperatures and carbon dioxide levels can increase pollen production. This observation is echoed by The American Academy of Allergy Asthma and Immunology.
The academy reiterates that climate change impacts worldwide climate patterns and airborne pollen levels. Specifically, climate change affects the production of the protein composition of pollen and fungal spores. It also influences aerobiological process which in return affects rainfall, winds, and other meteorological factors.
AAAAI reminds that spring allergies bring ailments to people, with children and the elderly being the most vulnerable. Common illnesses include rhinitis, conjunctivitis, and asthma.
Flooding and severe storms, which are greatly attributed to global warming, can also result in damp buildings where molds could grow. Molds can also trigger allergic reactions.