Good news: Cheap gold, suddenly such a big fall in one day 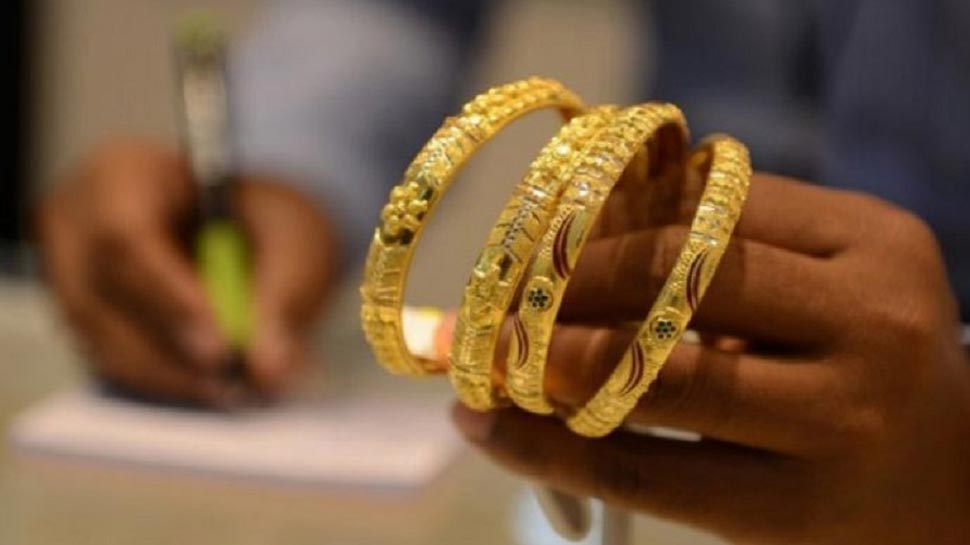 Gold prices fell by Rs 62 to Rs 31,321 per ten gram in the absence of weak global cues. However, due to the nominal purchase from retailers on the occasion of 'Akshaya III', this decline has subsided.


The gold futures contract fell by Rs 62, or 0.20%, to Rs 31,321 per ten grams for the April contract on MCX. For this, 547 lots were traded. Similarly, for August delivery, the rupee declined by 56 rupees (0.18%) to Rs. 31,487 per 10 grams in seven lots. After sleeping in the spot market, the Chennai opened at Rs 29,920 per 10 grams. Gold today fell by 0.33% to $ 1,342.70 an ounce in Singapore today.
Before this , there was fear of being expensive before the Akshaya Tritiya in the gold market was already visible. In Delhi, gold had reached Rs. 32225 per 10 gram On rising demand, gold prices were expected to grow by Rs 900 per tonne on renewable trades. Even the knowledgeable people were even saying that gold can reach a price of Rs 33,000. Gold prices jumped 625 rupees per 10 grams in just 5 days to Rs. 32100 per 10 grams as demand rose.
What should buy gold? Fresh global, economic conditions are pointing to something else. Rising prices of crude oil, the trade war between US-China and chemical attacks on Syria, after the reaction of the American allies, seeing the situation, it seems that buying gold is a good option. Market experts are also saying good investment in gold.
According to senior analyst Arun Kejariwal , investment in gold is safe , there is a tension atmosphere throughout the world. The US has attacked Syria, against which Russia is opposed. There is also tension between America and North Korea. Trade war is going on between China and the US. In such a situation, the safest investment is in gold. Because of this, gold prices may get further boosted. The markets around the world are also trading down at this time. All these centiments will get the benefit of gold prices. That's why this is the right time to invest.