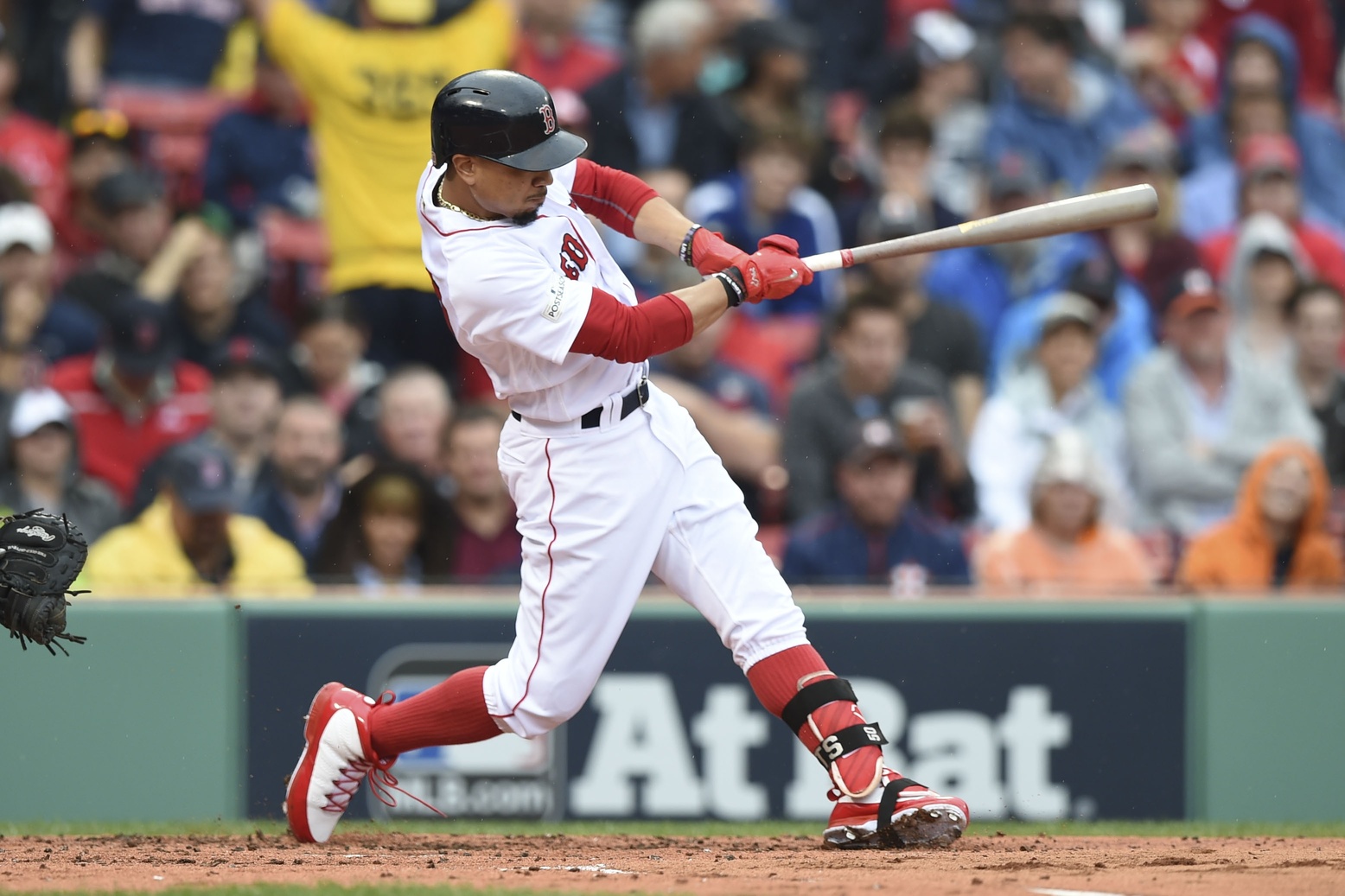 BOSTON -- Deuces were wild for Andrew Benintendi on Tuesday night.


The left fielder went 2-for-3 with a pair of walks while driving in two runs and scoring twice. Both hits went for extra bases, as he doubled and tripled.
But Benintendi, who is batting .333 in his last six games, wasn’t in the lineup on Wednesday night. It was a decision by manager Alex Cora that was pre-planned and non-negotiable.
“Made [it] a few days ago,” Cora said.
Cora said he generally maps out the lineup four to seven days in advance. He might consider making game-day modifications in the future — especially as the impact of the absence of Bogaerts becomes clearer — but for now “we’ll go with what we planned.”
Who’s brandishing a hot bat doesn’t alter the plan, which is designed to spread around playing time, provide core players with rest and give others an opportunity to get on the field.
On Wednesday night, that meant sitting Benintendi, using Hanley Ramirez at designated hitter to get him “off his feet,” playing J.D. Martinez in left field to help him continue to get acclimated to Fenway’s quirky outfield, and getting some at-bats for Mitch Moreland, who started at first base.
“We map it out,” Cora said. “It’s not that we’re [just] trying to rest guys most of the time. People are worried about rhythm, but at the same time there are certain guys in the dugout who need to get their rhythm, too. They’re important pieces, so it’s about what we’re trying to accomplish.”
Another start for Holt
Brock Holt made his second straight start at shortstop in place of Bogaerts, who was placed on the 10-day disabled list Monday with a fractured ankle.
“The approach is to stick to what I’m capable of doing, not try to do too much,” Holt said. “Right now I’m playing shortstop for one of the best shortstops in baseball. So just go out and make the plays and do what I can offensively to help the team.”
Holt was 0-for-3 Tuesday, but walked, scored a run and drove in a run.
The versatile Holt has appeared in the field in 413 games since the Red Sox called him up from the minors in 2014. He’s played every position except pitcher and catcher with most of his work at second and third base (combined 248 games).
Although Holt has only played 33 games at short, he said he’s comfortable there because he has previous experience at the position at various levels.
“I haven’t played a ton of shortstop here the past couple of years because Bogey has held it down, but I feel good over there,” Holt said. “I take a lot of ground balls there when I’m not playing, so I feel good on that side of the base. I’m looking forward to playing there if that’s the plan.”
The team’s other options at short are Eduardo Nunez and Tzu-Wei Lin.