A lot of us have Bollywood-inspired idea of a proposal, one where Shah Rukh Khan is stretching his arms and violins are playing in the background. This Mumbai girl had the same dream, but when reality did not work out to be as SRK-perfect as her dreams, she decided to take matters into her own hands. 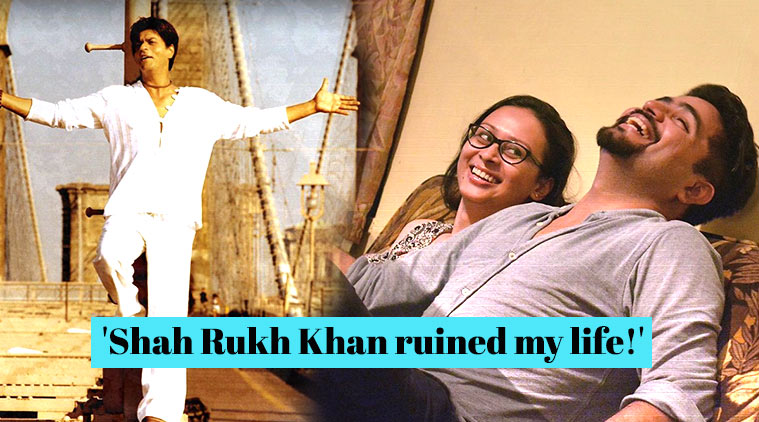 A lot us, if not all, have a romantic idea of a proposal. Blame it on Bollywood if you will, some really hold on to it and wish a similar ‘proposal’ for themselves. Adrija Das, a Mumbai resident, was no different. Sharing her story with Humans of Bombay she said how Shah Rukh Khan “ruined” her life since — after watching his movies — she always dreamt of a similar “perfect proposal from her perfect man”.
Although she did find her perfect man, the perfect proposal had to wait. She is a Bengali and her “perfect man” was a Punjabi Baniya, Ashish Aggarwal, and much of their courtship was about convincing parents and trying to bring them together — “At one point in our relationship, we were sure that we were going to get married — so he never even tried to ‘surprise’ me with a proposal,” she writes. And when it was time for them to get married, she realised she never had her “filmy moment”. Deciding to taking things in her own hand, she decided to surprise him on his birthday. “I planned a surprise party at the restaurant where we had our first date, and as soon as he walked in— I asked the DJ to play “Marry Me” by Bruno Mars and fell to my knees when he walked in.  I said ‘Ashish Aggrawal— I want to spend the rest of my life laughing, crying and fighting with you— will you marry me?'” she writes. His response? “Let’s hope our kids aren’t as filmy!’”
Looking back at the moment, she said, “And just like that, I created the moment I’d been waiting for..why do women have to wait for the guy to propose? It’s a new day, new age — if you like him, then maybe you should put a ring on it!”