TERRIFYING Storm Shadow missiles launched by four RAF Tornado fighter jets over Syria took photos of their targets before blowing them to pieces. The extraordinary ‘bunker-buster’ cruise missiles targeted a former missile base 15 miles west of Homs, where it had been assesses that Syria had stockpiled items used to make chemical weapons.


Once released from the undercarriage of the Tornados the 1000kmh, ground-hugging Storm Shadows are capable of finding their own way to a pre-programmed target with pinpoint accuracy.
The missiles then have three final stages as they approach their target:
· They VIDEO the approach and feed pictures back to base in real time;
· An initial smaller warhead blasts through the walls of the target;
· Milliseconds later the main charge detonates INSIDE the target – with devastating consequences.
British Prime Minister Theresa May said the strike was "limited and targeted" and came after intelligence showed that Syrian military officials were behind a chlorine attack in the Damascus suburb of Douma on April 7.
The twin-engine Tornado GR4 fighter jet is Britain’s main ground-attack aircraft and are armed with a number of Storm Shadow missiles.
The Storm Shadow missiles, which weigh 1,300 kilograms and are more than five metres long, have an operation range of 560 kilometres and are powered by a turbojet at Mach 0.8 speeds (1,000km/h), meaning the Tornado aircraft would not need to cross into Syrian airspace to launch their strikes.
They contain the 400 kilogram (900 pound) BROACH warhead, which features an initial penetrating charge that gives it the ability to enter a bunker, followed by a delayed fuse to control detonation of the main warhead. 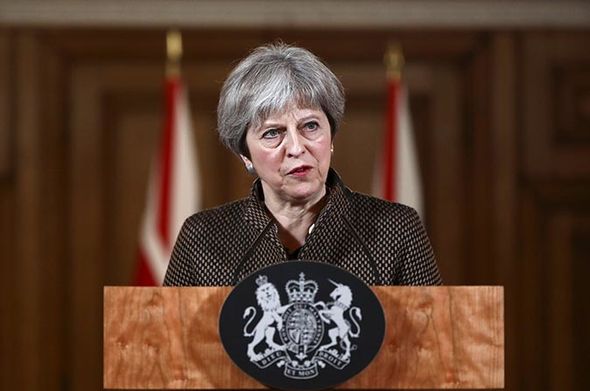 The Storm Shadow weapon is known as a ‘fire and forget’ missile, programmed before launch.
This means that once launched, it cannot be controlled, its target information changed or be self-destroyed.
Mission planners programme the missile with the air defences and target in mind.
The Storm Shadow missile then follows a path semi-autonomously, on a low-flight path guided by GPS and terrain mapping to the target area, meaning the aircraft does not need to enter opposition airspace and be put itself at risk.
When it approaches its target, the missile climbs and suddenly dives.
It can climb to an altitude of up to 130ft to achieve the best probability of target identification and penetration.
During this process, the nose cone is jettisoned to enable a high-resolution thermographic camera to investigate the target area. 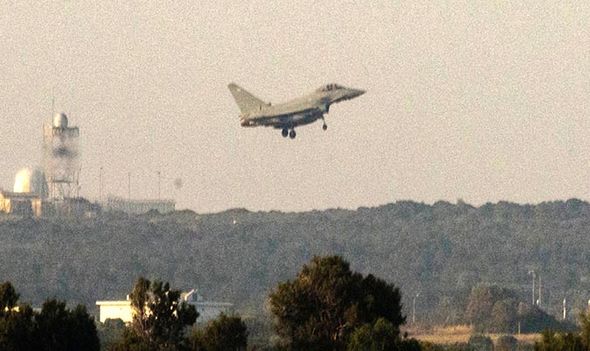 The Storm Shadow missile attempts to locate its target based on its targeting information but if this is unsuccessful and there is a high risk of collateral damage, it will fly to a crash point.
Recent enhancements include being able to relay target information prior to impact and using a one-way data link to relay battle damage assessment information back to the host aircraft.