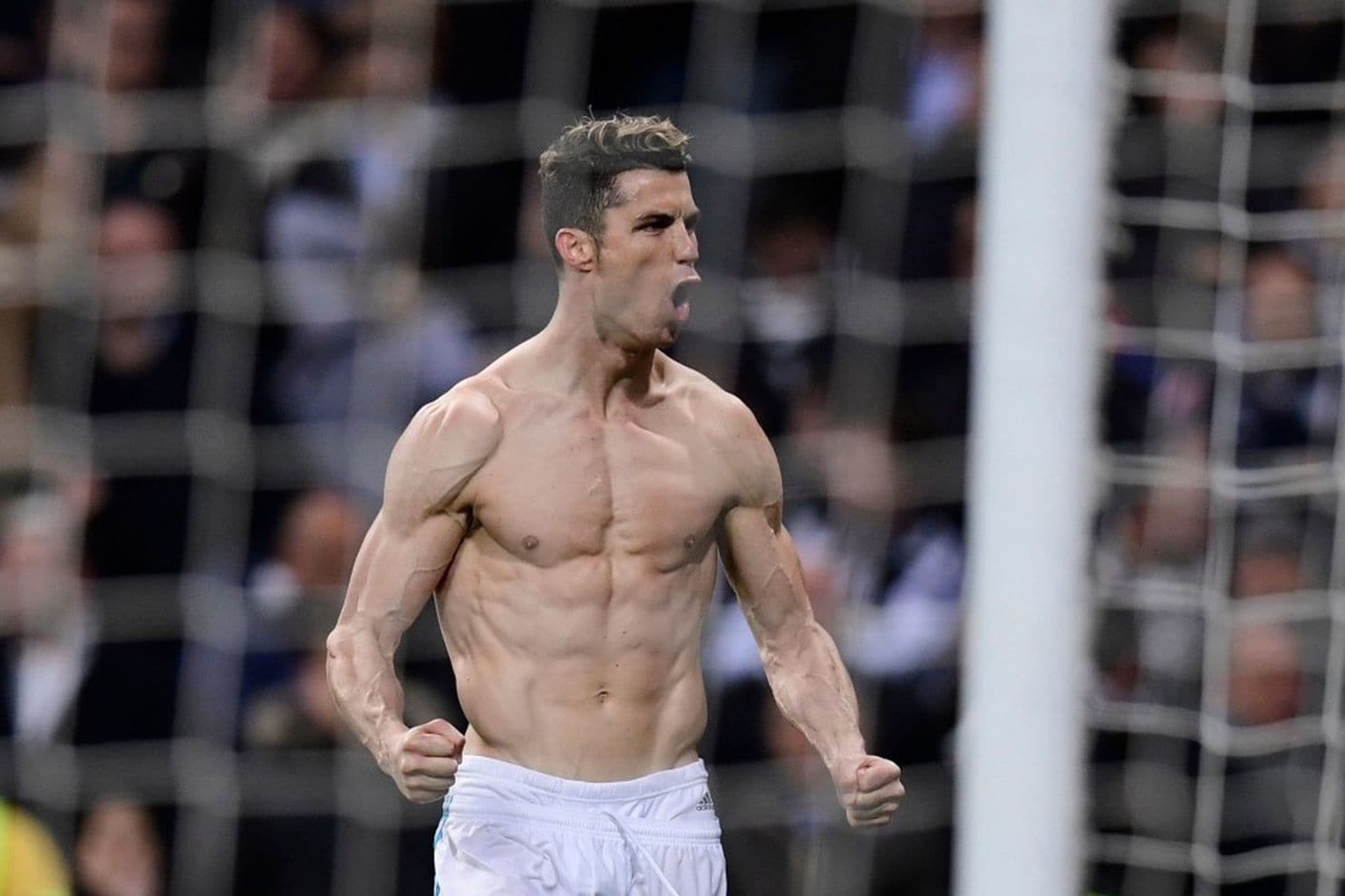 Maybe the only thing that made another climactic finish in a Champions League quarterfinal believable was the familiar scene of megastar Cristiano Ronaldo standing over the ball before again playing the hero — and again ripping his shirt off after another result-defining goal.

Real Madrid trailed Juventus 3-0, as Wednesday’s match at Santiago Bernabéu Stadium in Spain rolled into extra time. But despite the Italian squad’s dominance of the first 90 minutes, the two sides were tied in aggregate goals, with Madrid having won the first leg of the Champions League match by that same score.
But Madrid made one charge in the third minute of extra time — Ronaldo chipped a pass across the six-yard box to Lucas Vázquez, who was bumped from behind — and referee Michael Oliver awarded a penalty.
Juventus goalkeeper Gianluigi Buffon charged toward Oliver to protest the decision, and may have shoved him; video is shaky and other Juventus players swarmed around the official.
Oliver showed Buffon a red card — moments before the penalty shot.
Wojciech Szczęsny entered at keeper as Juventus went down a man. Ronaldo took the penalty shot and slotted it well out of the new netminder’s reach.
Juventus still won the match, 3-1, but Real Madrid will advance to the semifinal draw on Friday.
It was by far the more compelling of the pair of Champions League quarterfinals on Wednesday. Sevilla and Bayern Munich played to a scoreless draw, and Bayern Munich will advance, with a 4-3 aggregate score.