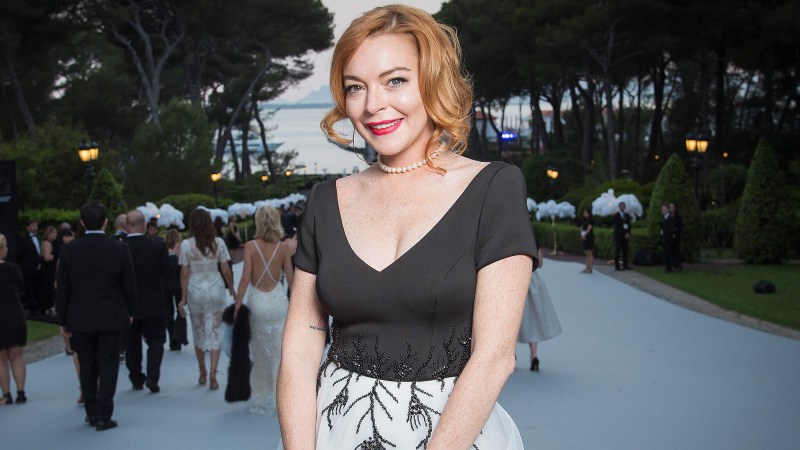 The Broadway adaption of Mean Girls has become the must-see musical in New York City — and according to Erika Henningsen, who plays transfer student Cady Heron, the film’s star Lindsay Lohan wants to catch a performance!


Lindsay Lohan’s Biggest OMG Moments
When asked if she had reached out to the The Canyons actress or her former Mean Girls costars, Rachel McAdams, Amanda Seyfried and Lacey Chabert, Henningsen told Us Weekly, “I haven’t! I know Lindsay Lohan wants to come see the show. I hope she does. I don’t want to know about it [if she’s in the audience] because I will get so nervous.”
“The greatest thing about bringing this musical to life is that our creative team didn’t say, ‘Can you just recreate the iconic film performance?’ We could never hope to. I could never deliver the performance that Lindsay did. … It has been really special being able to recreate these characters for a musical and in this current time period,” Henningsen told Us at Variety’s Power of Women: New York event on Friday, April 13.
Saturday Night Live alum Tina Fey, who wrote the screenplay for the 2004 movie based off Queen Bees and Wannabees, adapted the script for the musical, while her husband, Jeff Richmond, did the music.
Lohan expressed her own thoughts about the Broadway adaption, telling Wendy Williams in January, “Tina has really, really immersed herself into the Broadway show. I can’t wait to see it. It seems really exciting.” She also touched on a Mean Girls 2, saying, “I would love [to see another movie] but I think they’re really focused on the Broadway show right now.”
Best and Worst Movie Remakes
Seyfried — who played ditzy Karen in the movie — joked to Us Weeklyon Wednesday, April 11, that she was “miffed” she didn’t receive an invitation to the musical’s opening night, saying, “That would have been so fun. I definitely would have made that work if I’d known about it.”