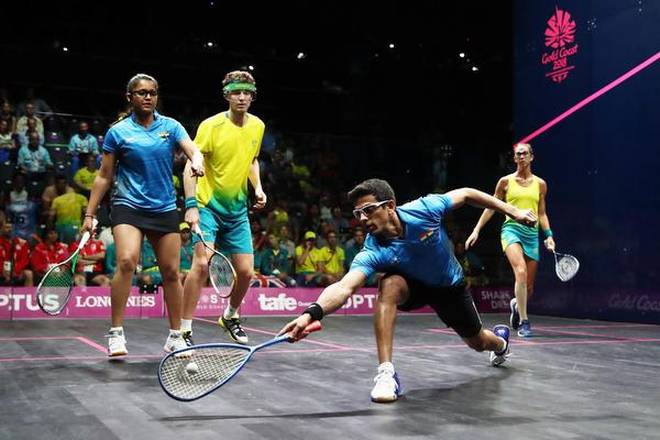 Pallikal is also in contention to win a gold medal in women’s doubles alongside Joshna Chinappa.


The hopes of getting the gold medal in the mixed doubles squash event failed to materialise as Saurav Ghosal and Dipika Pallikal went down fighting to Cameron Pilley and Donna Uruquhart (Australia) 11-8, 11-10 at the Oxenford studios here on Saturday.

It was a tight contest with both the pairs going all out in their attempt to outwit one another.

In the first set, it was even going till 8-8 before the Australians warpped it up with three points in a row. The second too witnessed an identical pattern with Saurav and Dipika running their rivals close till 10-all. However, Cameron and Donna pushed themselves and got to the winning point to complete a deserving victory.

Dipika is still in the running for a gold medal as she and Joshna Chinappa got past Laura Massaro and Sarah Jane Perry (England) to get to the women’s doubles final. The reigning champions won 11-10, 11-5.